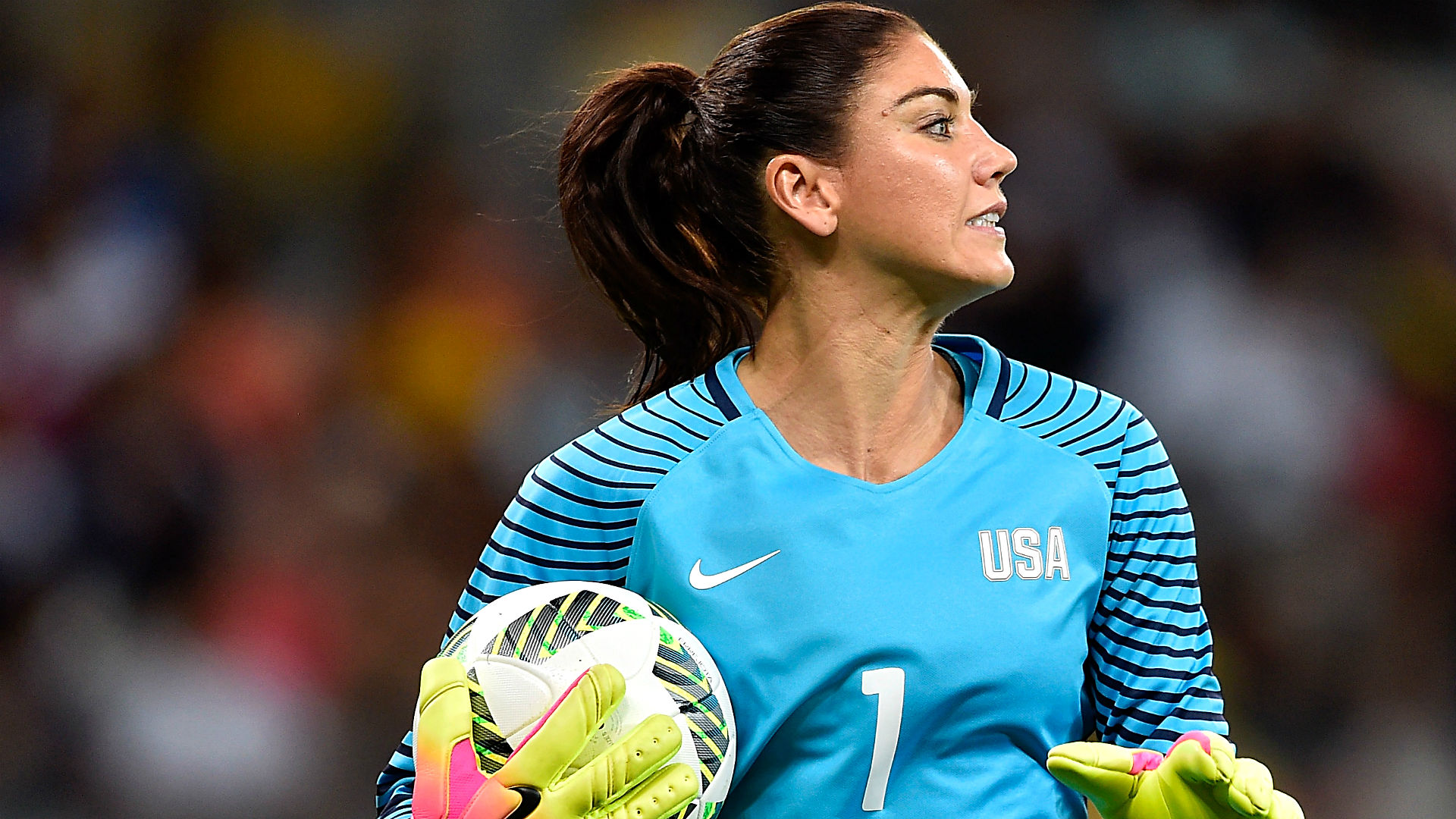 Hope Solo claims that Megan Rapinoe would “almost bully” members of the U.S. Women’s National Team into kneeling to join in her protests of racial injustice.

Solo, speaking on GOAL’s podcast “All of US: The U.S. Women’s Soccer Show,” said that Rapinoe tried to get other players on the team to kneel “because she really wants to stand up for something in her particular way.” Solo was suspended from the USWNT in August 2016 and Rapinoe did not begin kneeling until September 2016 in solidarity with 49ers quarterback Colin Kaepernick, who first started taking a knee to protest racial injustice and police brutality in August 2016 after Solo’s suspension. Solo did not return to the team.

“It’s our right as Americans to do it whatever way we’re comfortable with and I think that’s really hard being on the main stage right now with so many political issues for athletes,” Solo said on the podcast. “There’s a lot of pressure and ultimately at the end of the day our number one focus should and has always been to win first.”

Rapinoe and several members of the USWNT have become outspoken on several topics over the past several years, ranging from equal pay in sports to racial inequality and LGBTQ+ rights. The protests have made the team a source of controversy at times. Back in 2016, Rapinoe was the first — and at the time, only — player on the team to kneel, and shortly thereafter, U.S. soccer ruled that players had to stand for the anthem. Rapinoe’s teammate, Crystal Dunn, said that she was afraid of losing her spot on the roster if she kneeled and said that she was “filled with so much joy” for Rapinoe’s decision to protest.

The policy requiring players to stand was originally repealed in June 2020 and was officially voted out in February 2021, CNN reported. The New York Post reported that there have been no instances in which players have been negatively affected by deciding not to kneel during the national anthem, and added that the team has been standing for the anthem since February.

Solo has not been a member of the USWNT since 2016. After the team’s quarterfinals loss to Sweden in the 2016 Rio Olympics, Solo called the Swedish National Team “a bunch of cowards” because of a defensive style to hold off the United States until penalty kicks. She had also been previously charged with assaulting two family members in 2014, though the charges were eventually dismissed. She was also suspended by the USWNT in 2015 after she borrowed a team van and was arrested on a charge of driving under the influence.

This is the latest incident in whicgh Solo has criticized Rapinoe. Earlier in 2021, Solo told beIN Sports that Rapinoe and other leaders of the USWNT signed a collective bargaining agreement that was a step back from the progress the team had been making in receiving pay equal to the men’s team.