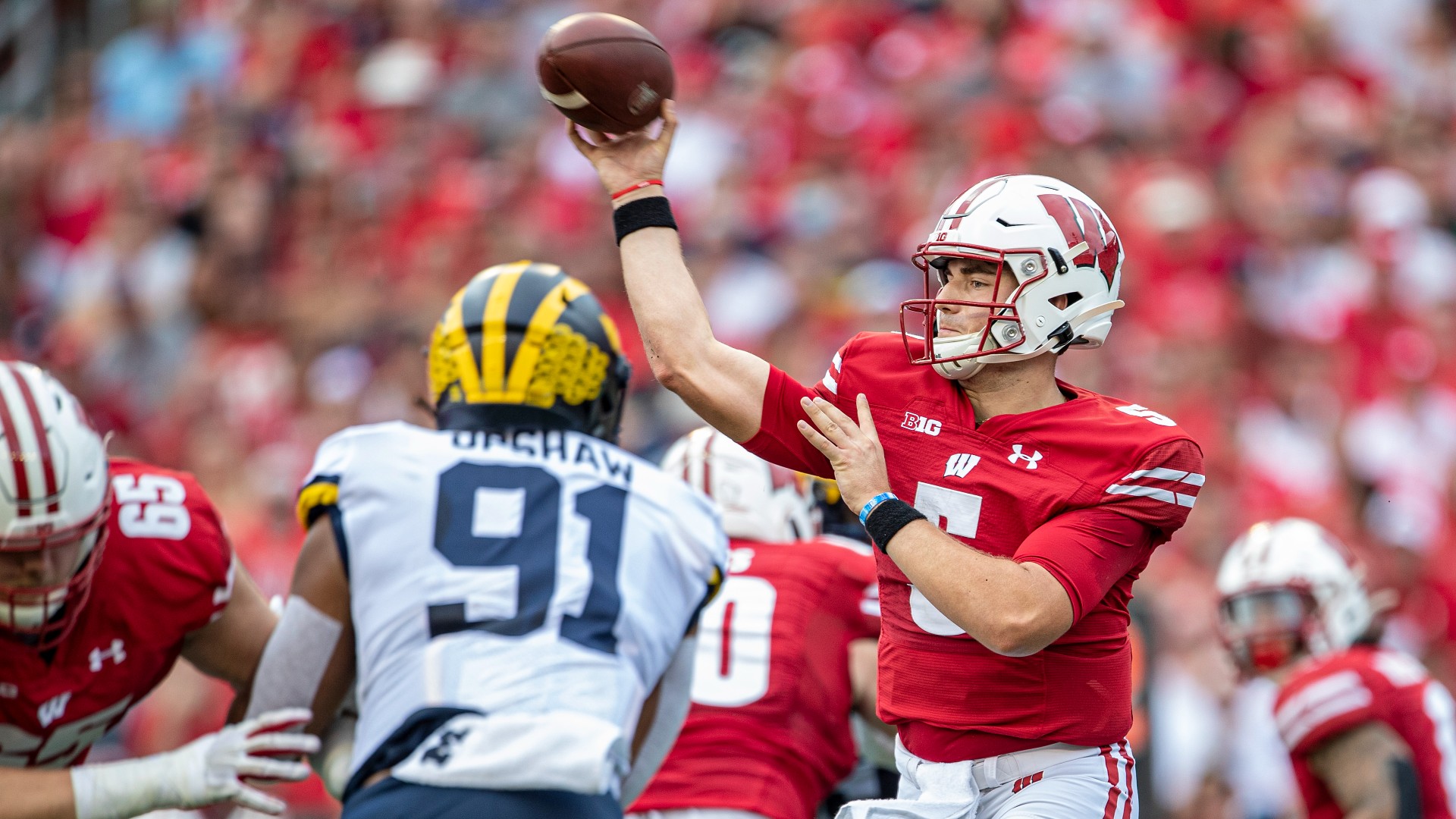 Wisconsin will face a taller task of coming back against No. 14 Michigan in its Big Ten clash on Saturday.

Starting quarterback Graham Mertz was forced to leave the game after taking a heavy shot by Michigan defensive back Daxton Hill for a sack in the third quarter of the game on Saturday. According to Madison.com’s Jake Adams, Mertz is questionable to return.

Mertz absorbed his third sack of the day at the Wisconsin 17-yard line. The play backed the Badgers up nine yards, forcing a punt. Michigan scored on the next drive.

READ  Who is Daniel Kinahan? Why accused organized crime figure has come up during Tyson Fury-Dillian Whyte fight week

Mertz struggled to start the game as the first four drives for Wisconsin each went just three-and-out while Mertz was 0-for-4 passing. He turned it on with 9:29 left in the seconc quarter as he led Wisconsin on a 15-play, 78-yard drive to put up the first points of the game and make it a 10-3 game. The next drive, he threw back-to-back passes for 36 and 18 yards, with the latter ending in a touchdown to bring the score to 13-10 with seven seconds left in the first half.

After the 0-for-4 start, Mertz went 8-for-11 for 115 yards and a touchdown before he was knocked out with the injury.

With Mertz leaving the game, backup Chase Wolf was called in for the Badgers. His first pass was complete from the Wisconsin 40-yard line on 3rd-and-5 to give the Badgers a first down and a gain of nine, but he missed his next three pass attempts as Wisconsin was forced to punt the ball away.

Wolf, a junior, came into the game having completed 2-of-3 passes this season for 25 yards and an interception from a single appearance against Eastern Michigan on Sept. 11.

According to 247Sports Composite Rankings, Wolf was a three-star recruit coming out of St. Xavier High School in Cincinnati. He was the No. 39 pro-style QB in the 2018 class.

Wisconsin came into Saturday’s matchup against the Wolverines having won the past two games between the two teams, and five of the past meetings in Madison. The last time Michigan won at Camp Randall Stadium came on Nov. 17, 2001.