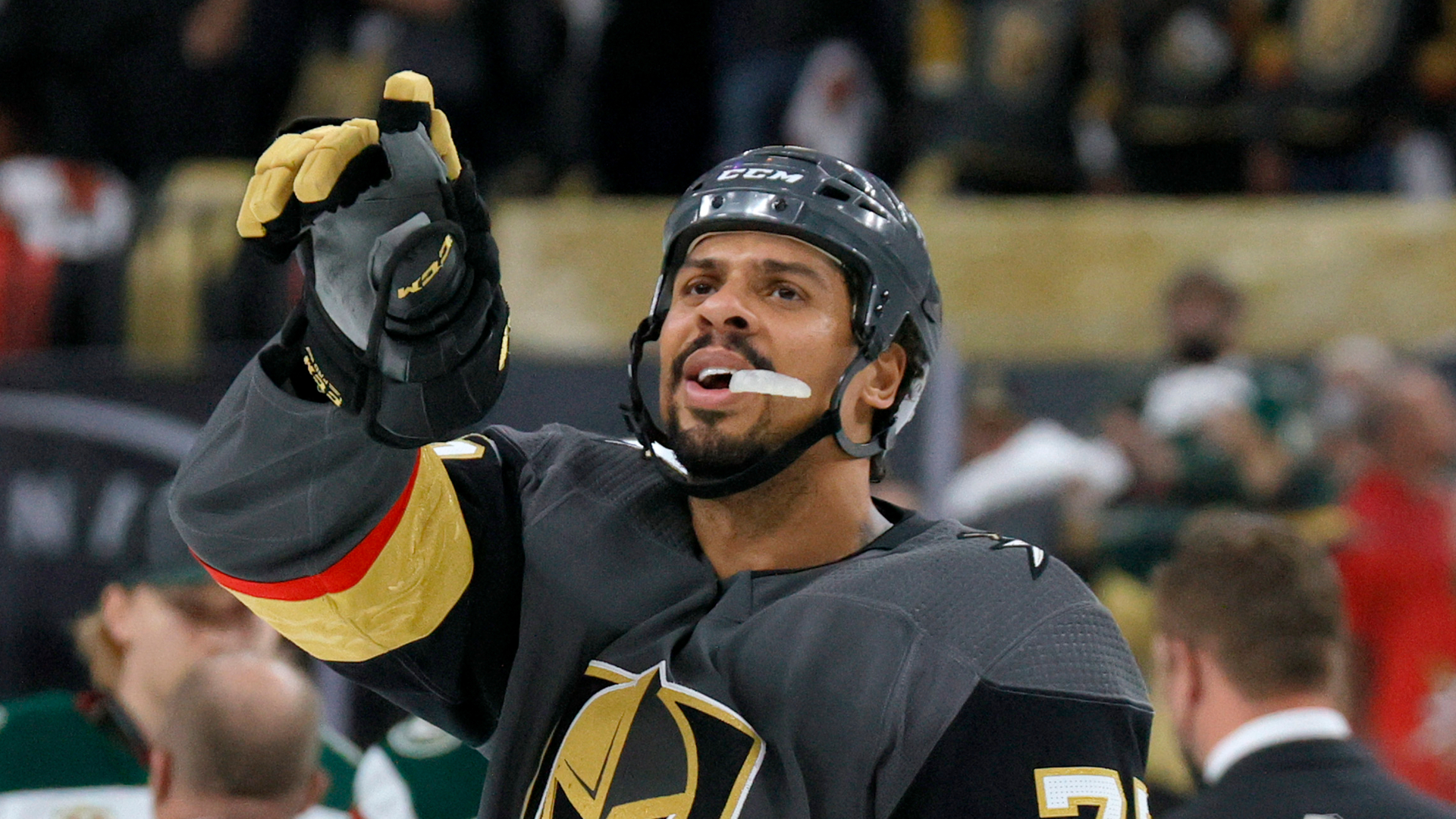 Ryan Reaves was ejected from Game 1 of the Golden Knights’ series-opening game against the Avalanche on Sunday for dirty play in the third period.

The Las Vegas enforcer, perhaps frustrated by his team’s five-goal deficit to Colorado, cross-checked Avalanche goalie Philipp Grubauer with 11:56 remaining in the game. Grubauer responded by striking the back of Reaves’ leg. Reaves then punched Ryan Graves in the back of the head and pulled him to the ice. There, Reaves could be seen kneeling on Graves’ head.

Reaves’ actions set off a brawl:

It’s possible Reaves was retaliating against Graves for a high hit he made on Vegas center Mattias Janmark earlier in the game, something for which Graves was assessed a minor penalty for interference:

Ryan Graves delivers a late and high hit on Janmark who is down and injured. Graves assessed only a minor penalty for interference.. pic.twitter.com/pIuYkoXUU6

Reaves was assessed a match penalty, a five-minute major for intent to injure and a double minor for roughing. The match penalty means Reaves is suspended pending a review by NHL commissioner Gary Bettman.

Vegas’ Zach Whitecloud and Alex Pietrangelo and Colorado’s Brandon Saad and Valeri Nichushkin were each assessed 10-minute misconducts. The Avalanche wound up with a nine-minute power play from Reaves’ penalties.

MORE: Avs’ Kadri suspended for high hit in Round 1 vs. Blues

Reaves’ actions came one game after he checked the Wild’s Ryan Suter in the back during Vegas’ Game 7 win against the Wild in the opening round of the Stanley Cup playoffs. He avoided punishment for the hit, which sent Suter into the Wild goal face first: