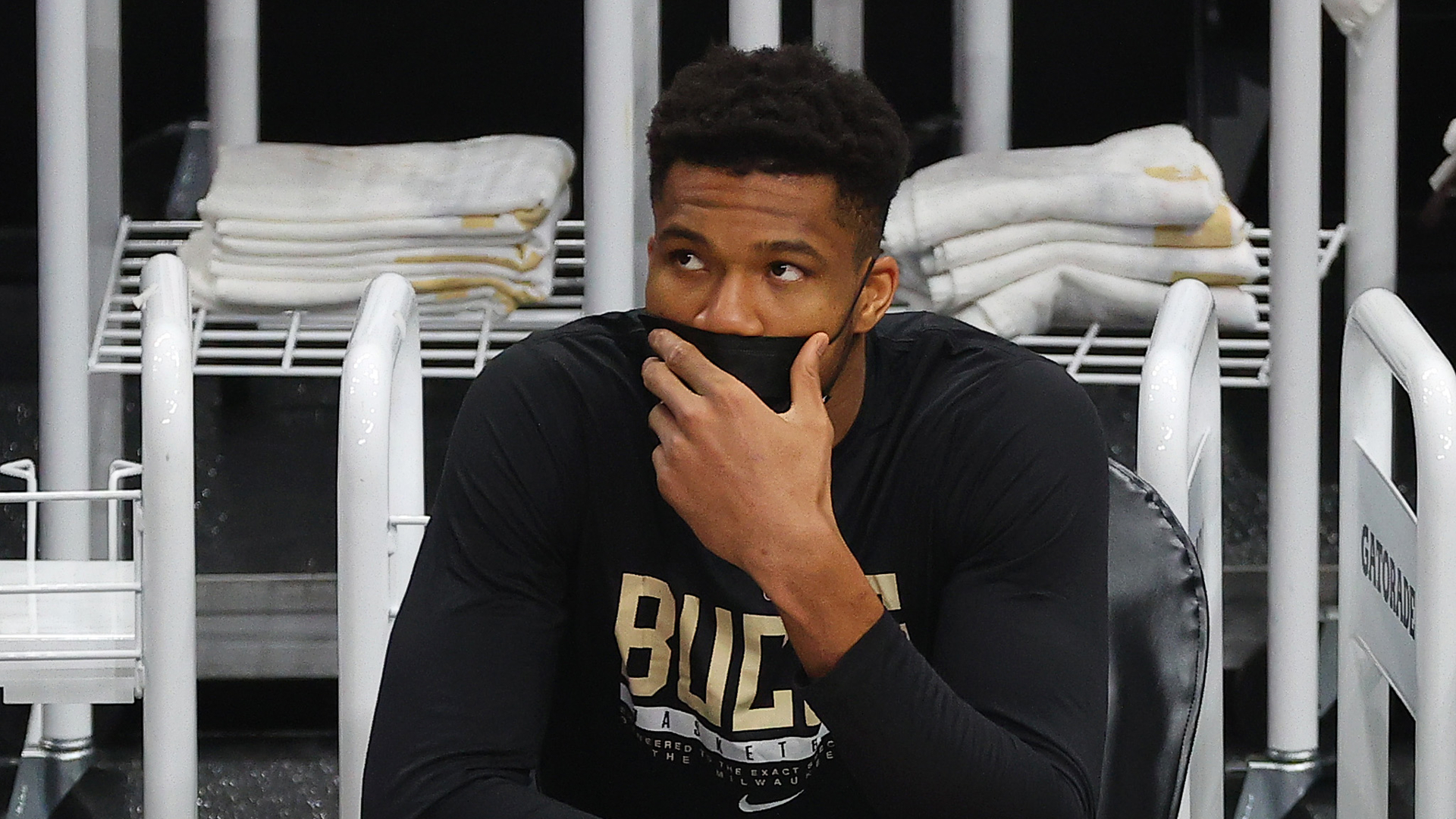 As Game 1 of the NBA Finals approaches, the biggest storyline of the season-ending series is the status of Bucks superstar Giannis Antetokounmpo — and whether he will be able to play against the Suns in the opening game.

“The Greek Freak” missed the last two-plus games of the Eastern Conference finals against the Hawks, exiting Game 4 with a hyperextended left knee in Atlanta. The Hawks bludgeoned Milwaukee 110-88 after his exit, but Antetekounmpo’s teammates stepped up in Games 5 and 6 to secure a 4-2 series win and send Milwaukee to its first NBA Finals since 1974 — all without the two-time defending NBA MVP.

That said, Milwaukee still is uncertain as to when exactly Antetkounmpo will be able to play against the Suns, who alongside Chris Paul, are looking for their first NBA championship. The Bucks have a minimum of four games to get Antetokounmpo back into the lineup, but the franchise obviously would prefer him to get back as soon as possible.

MORE: With or without Antetokounmpo, Khris Middleton has established himself as Bucks’ closer

Here are the latest updates on Antetokounmpo ahead of Tuesday’s series-opening game for the NBA Finals:

Will Giannis Antetokounmpo play vs. Suns?

The Bucks on Sunday released a brief clip of Antetkounmpo entering the team’s plane with the caption, “Off to Phoenix.”

While that suggests he will be able to play at some point in the series, it does not provide any clue as to when (moreover, the team’s social media account is not necessarily a source of official team news or updates).

Bucks coach Mike Budenholzer on Monday provided a brief update to Antetkounmpo’s status, saying he was “making progress.” He added no other updates to his status, which is still in the air for Game 1. That essentially is what he said following the team’s Game 6 win in the Eastern Conference finals:

The NBA on Monday said Antetokounmpo would not practice that day ahead of Game 1 of the finals, adding that he was excused from participating in media availability because of his uncertain status. However, NBA TV’s Jared Greenberg reported Monday that, while Antetkounmpo wasn’t with the team, he was in a private gym in Phoenix — in front of several people associated with the organization, including trainers, coaches, people in his own camp and front office executives — trying to get game-ready for Tuesday’s series opener.

While Greenberg reported Antetkounmpo’s status was still uncertain, he said it was described to him that “Giannis is going to fight tooth and nail to be in the lineup.”

Greenberg also noted that there’s only one day between Games 1 and 2 of the NBA Finals, but two days between Games 2 and 3 and Games 3 and 4, respectively. The Bucks may consider using Tuesday and Wednesday as additional rest days for Antetkounmpo, ensuring he’s adequately rested and prepared to enter the series during Game 2.