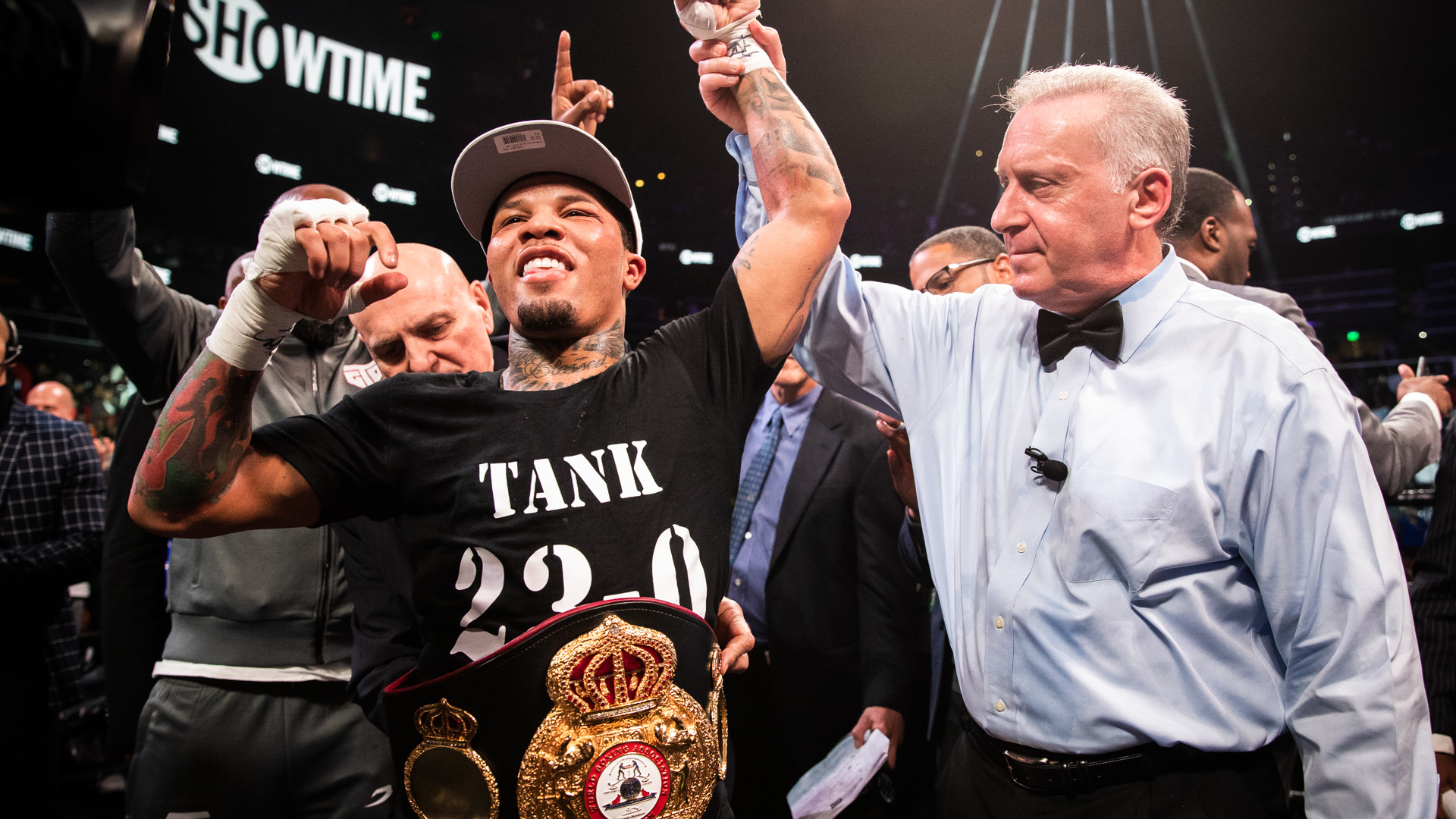 One of the fastest rising young stars in boxing will make his return as Gervonta “Tank” Davis moves up a weight class to challenge WBA (Regular) 140-pound champion Mario Barrios on Showtime PPV at the State Farm Arena in Atlanta.

Davis (24-0, 23 KOs) is a prolific knockout artist who is coming off a highlight reel finish of former champion Leo Santa Cruz last October.

The 26-year-old Davis will headline his second pay per view but will do so by making his debut at 140 pounds against an undefeated opponent who will have a significant height advantage.

Barrios (26-0, 17 KOs) won the WBA title back in 2019 when he defeated Batry Akhmedov and last defended the title on the undercard of Davis-Santa Cruz with a sixth-round knockout of Ryan Karl. Barrios stands nearly 6-feet tall and will be nearly six inches taller than his opponent.

It’s a tall task for Davis as he aims to prove that he’s a PPV draw against one of his toughest tests to date.

Here’s everything you need to know about the Gervonta Davis vs. Mario Barrios boxing match, including the start time, price and updated betting odds.

When is the Gervonta Davis vs. Mario Barrios fight?

The Gervonta Davis vs. Mario Barrios boxing card will take place June 26. The pay-per-view broadcast on Showtime is expected to start at 8 p.m. ET (5 p.m. PT). Davis and Barrios are likely to make their ring walks around midnight ET.

How to watch Gervonta Davis vs. Mario Barrios

The Davis vs. Barrios fight is a Showtime event that is available via pay-per-view through many cable and satellite providers; check with your local provider for more information.

In addition to traditional cable and satellite services, the Davis vs. Barrios fight can be streamed via the Showtime app in the United States.

How much does Davis vs. Barrios cost?

Where is Davis vs. Barrios taking place?

Davis vs. Barrios will take place at the State Farm Arena in Atlanta.

According to Fanduel, Davis is a pretty significant favorite at -430, meaning it would take a wager of $430 to earn a $100 profit if Davis wins. As for Barrios, he’s a +300 underdog. A $100 bet on Barrios would return a $300 profit should he emerge victorious.