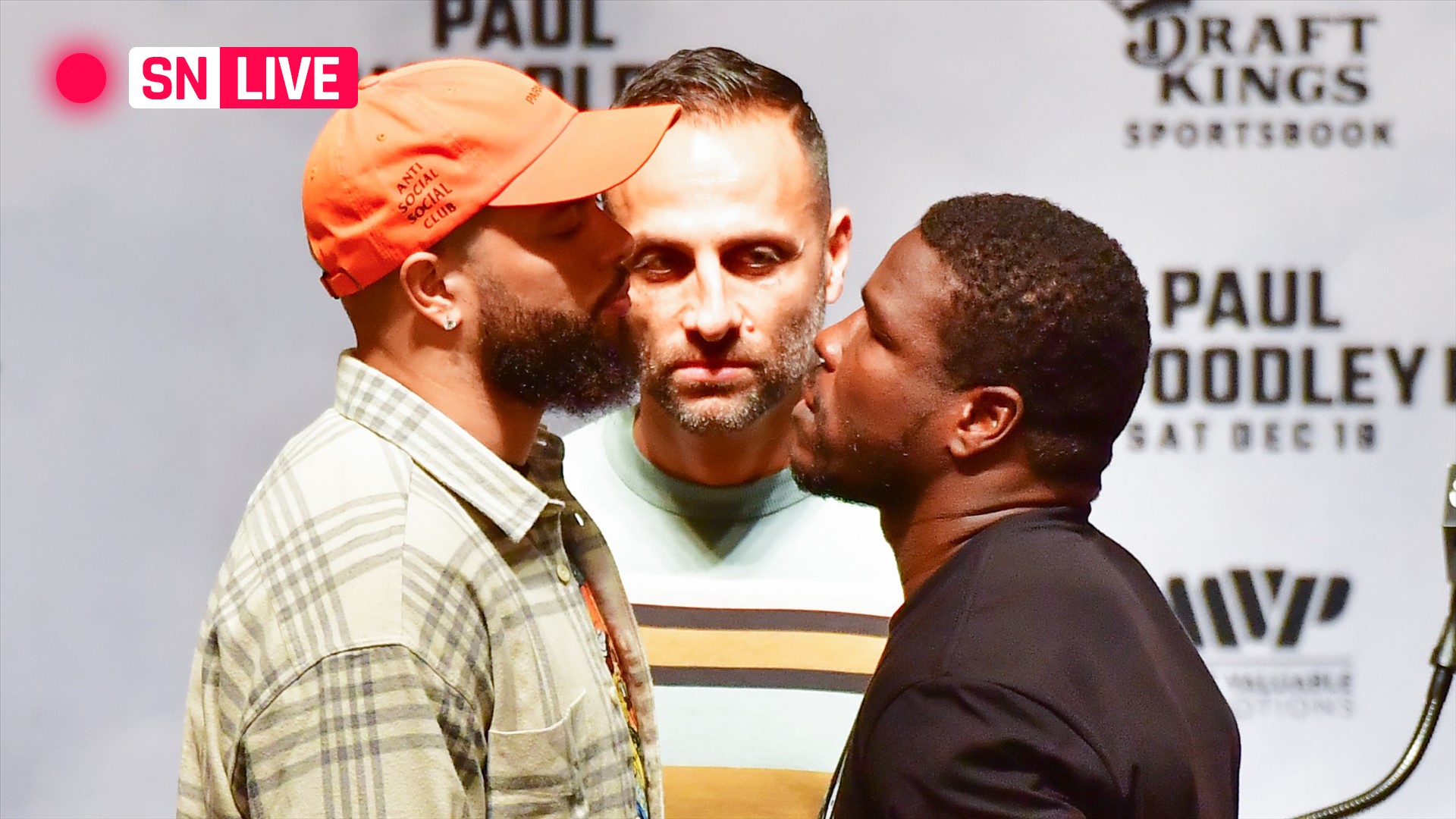 Frank Gore vs. Deron Williams might not be a main event, but it will have a lot of people talking.

The former NFL and NBA stars will be making their boxing debuts Saturday as part of the Jake Paul-Tyron Woodley 2 fight card.

MORE: How did Deron Williams get into boxing?

Gore has trained in boxing during past NFL offseasons, while Williams has primarily practiced in the MMA style. The two checked in at around the same weight, with Gore at 209.6 pounds and Williams at 211.2. Williams has the edge in height and reach at 6-3 and a 78 inches, compared to Gore at 5-9 and a 69 inches.

MORE: Why Frank Gore and Deron Williams are fighting

Sporting News will be tracking live updates throughout the fight. Follow along for the latest on the Gore-Williams boxing match.

HALE: Is Jake Paul bad for boxing? No, and it’s time for people to stop saying he is

9:50 p.m.: Williams-Gore will take place after the end of the Liam Paro vs. Yomar Alamo fight, which is currently in the eighth round.

The Paul-Woodley 2 fight card is scheduled to start at 9 p.m. ET on Saturday, Dec. 18. Gore and Williams will make their way to the ring sometime after that, depending on the results of the earlier fights (and when the fighters are scheduled to fight).

How to watch Frank Gore vs. Deron Williams

The fight will be on pay-per-view through Showtime. Once the PPV is purchased for $59.99, fans can watch the fight on Showtime’s website or the Showtime app.

Outside the U.S., Latin America, Brazil and the Caribbean, the fight is available on FITE.tv.