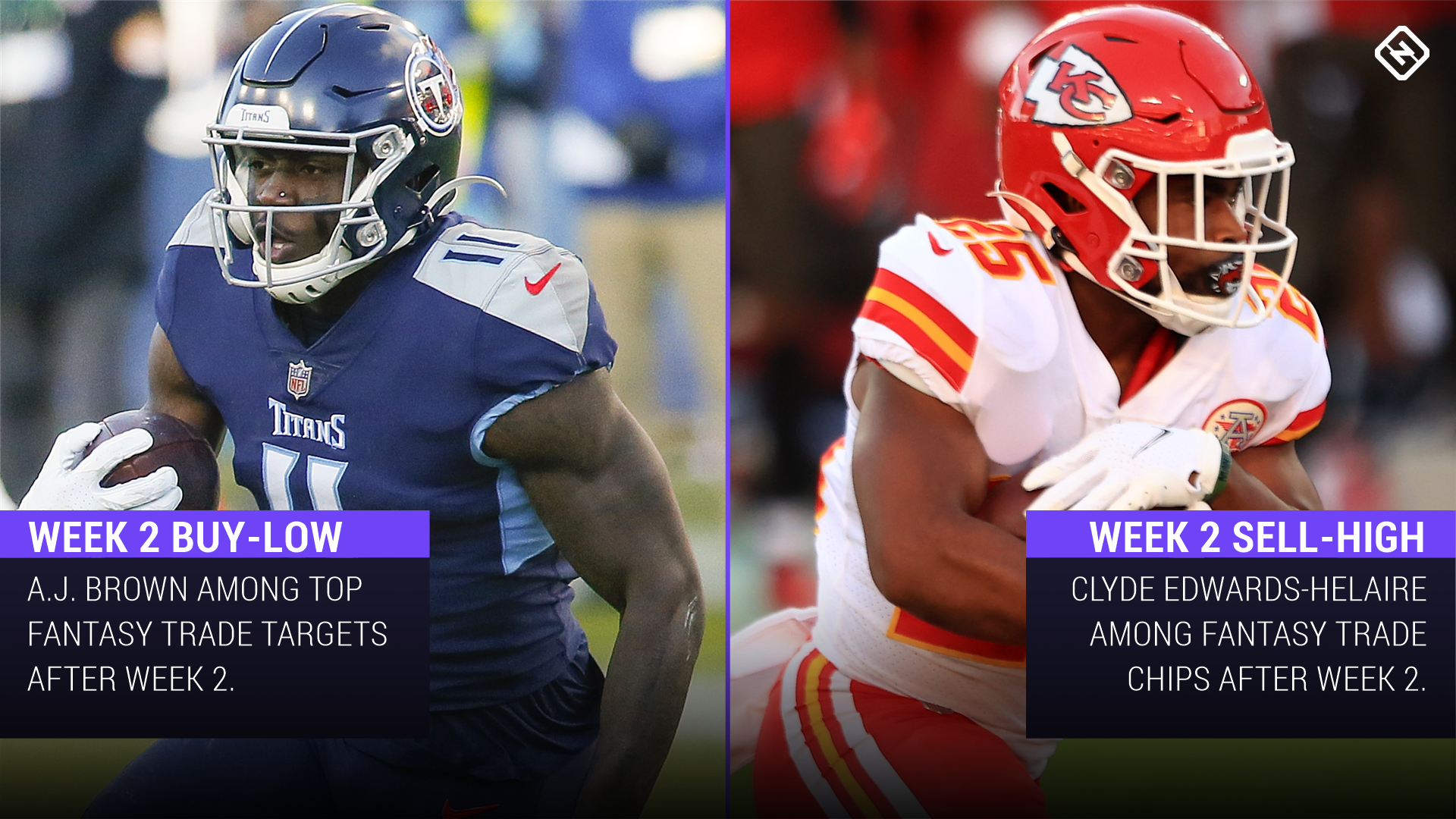 Two weeks are (almost) in the books, and fantasy football owners are busy taking stock of their rosters. Undoubtedly, more than a few feel as if their RB and/or WR depth is severely lacking, and even more might be regretting passing on a top-flight TE. Whether you’ve been struck by the injury bug or struck out on the waiver wire, the answers to your team problems will likely need to be solved via the players already on the roster or through a trade. That means exercising patience or finding the right buy-low, sell-high trade targets. FantasyPros is here to help with tips and trade advice in their Week 3 Stock Watch that includes A.J. Brown, Saquon Brown, Clyde Edwards-Helaire, Jonathan Taylor, and Jalen Hurts, among others.

As always, it’s difficult to find a wailling trade partner this early in the season — at least one isn’t demanding your first-or second-round pick for a random guy who happened to have two decent weeks. It’s not enough for most people to win a trade — they have to dominate a trade. Fair deals that help both teams just aren’t fun for some. So, it won’t be easy to make a swap, but if you have a few types of players in mind and start with a fair offer, you might have a chance. If you’re coming from a position of strength and want to low-ball, that’s fine, too, but don’t be surprised if that shuts down all negotiations.

Remember, trade values can change quickly in fantasy football, so don’t get too locked in on a specific target. Change your thinking as the trends change, but don’t be afraid to strike if you have a good offer on the table, even this early in the season. — Matt Lutovsky

Brown’s catch rate is quite frustrating through two games, but fantasy owners should feel good about the 172 air yards he saw in Week 2. That, in addition to his natural talent, are the reasons to remain “in” on AJB. The slow start isn’t ideal, but things can change in a hurry for a player who has been outrageously productive through his first two NFL seasons.

Barkley’s snap rate increased from 48 percent in Week 1 to 84 percent in Week 2. This is even more encouraging when you consider that the Giants were playing on a short week. With extra time to prepare for Week 3 against an attackable Falcons defense, Barkley’s stock is undoubtedly trending in the right direction.

Moore still isn’t playing as many snaps as A.J. Green or Christian Kirk, but Kliff Kingsbury is using the rookie whenever he’s on the field. Moore hauled in all seven targets for 114 yards and a touchdown in Week 2, and his playing time is trending in the right direction. He’s a priority waiver wire add in leagues where he’s still available. Arizona faces the lowly Jaguars in Week 3.

Through two weeks, CEH ranks last in PFF’s rushing grade and has seen a total of three targets. He wasn’t targeted in Sunday’s Week 2 game against the Ravens and also lost a game-changing fumble late in the fourth quarter. He’s still tied to Patrick Mahomes and the Chiefs’ offense, but Edwards-Helaire just isn’t delivering the box score results that fantasy managers need. This offense runs through Mahomes, which makes CEH a low-end RB2 moving forward. A Week 3 matchup with the Chargers is on deck.

Indy’s offense looks shaky through two games, but we should expect positive regression coming for Taylor, as the Colts have yet to score a rushing TD. In fact, Taylor has a whopping seven carries inside the five-yard line thus far, but he hasn’t been able to find the end zone. We know he’s talented. Stay patient.

The second-year QB threw for just 190 yards and zero touchdowns in Week 2 against San Francisco. However, he ran for 10-82-1 on the ground, which put him over 20 fantasy points for the day. Hurts’ rushing production gives him the floor/ceiling combo we seek in our signal-callers. Start him with confidence against the Cowboys in Week 3.