Dustin Hopkins recovers his own kickoff as wind wreaks havoc in Bills vs. Washington game 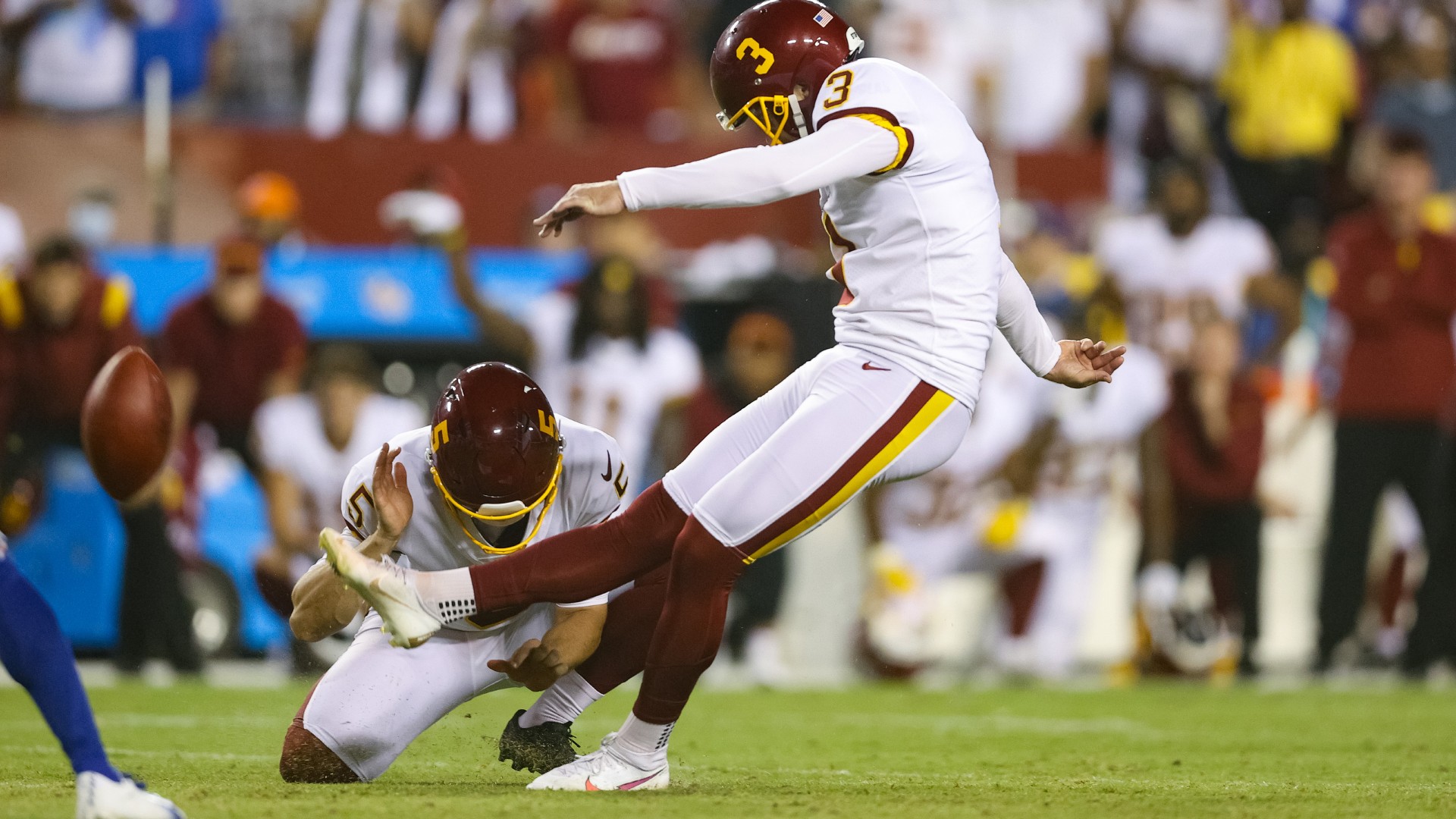 The weather is always a factor when teams travel to Buffalo to take on the Bills. Washington Football Team kicker Dustin Hopkins managed to take advantage of that on Sunday afternoon.

Hopkins was kicking off with Washington trailing 21-7. The team had just scored its first touchdown of the day and Hopkins just wanted to blast the ball down the field.

However, the wind got ahold of the ball and forced it to come up short. That ended up working out in favor of Hopkins, as Bills return man Isaiah McKenzie failed to get under it and Hopkins was able to eventually come up with the bouncing ball.

MORE: Is Dalvin Cook playing for the Vikings in Week 3?

That heads-up play by Hopkins gave Washington great field position. It set Taylor Heinicke up with a short field and he delivered. He scrambled for a touchdown and dove just inside the pylon. The score was eerily reminiscent of his touchdown against the Buccaneers during the 2021 NFL playoffs.

MORE: What has gone wrong with the Packers’ defense in 2021

The veteran kicker received a lot of praise from former athletes and media personalities after setting the table for Heinicke.

DUSTIN HOPKINS OUT HERE KICKING IT TO HIMSELF

Dustin Hopkins, all pro gunner is what I’ve always said.

The praise was deserved, as the recovery and eventual score made it a one-possession game at 21-14. Washington entered the locker room trailing 27-14 after trailing by as much as 21 in the first half.