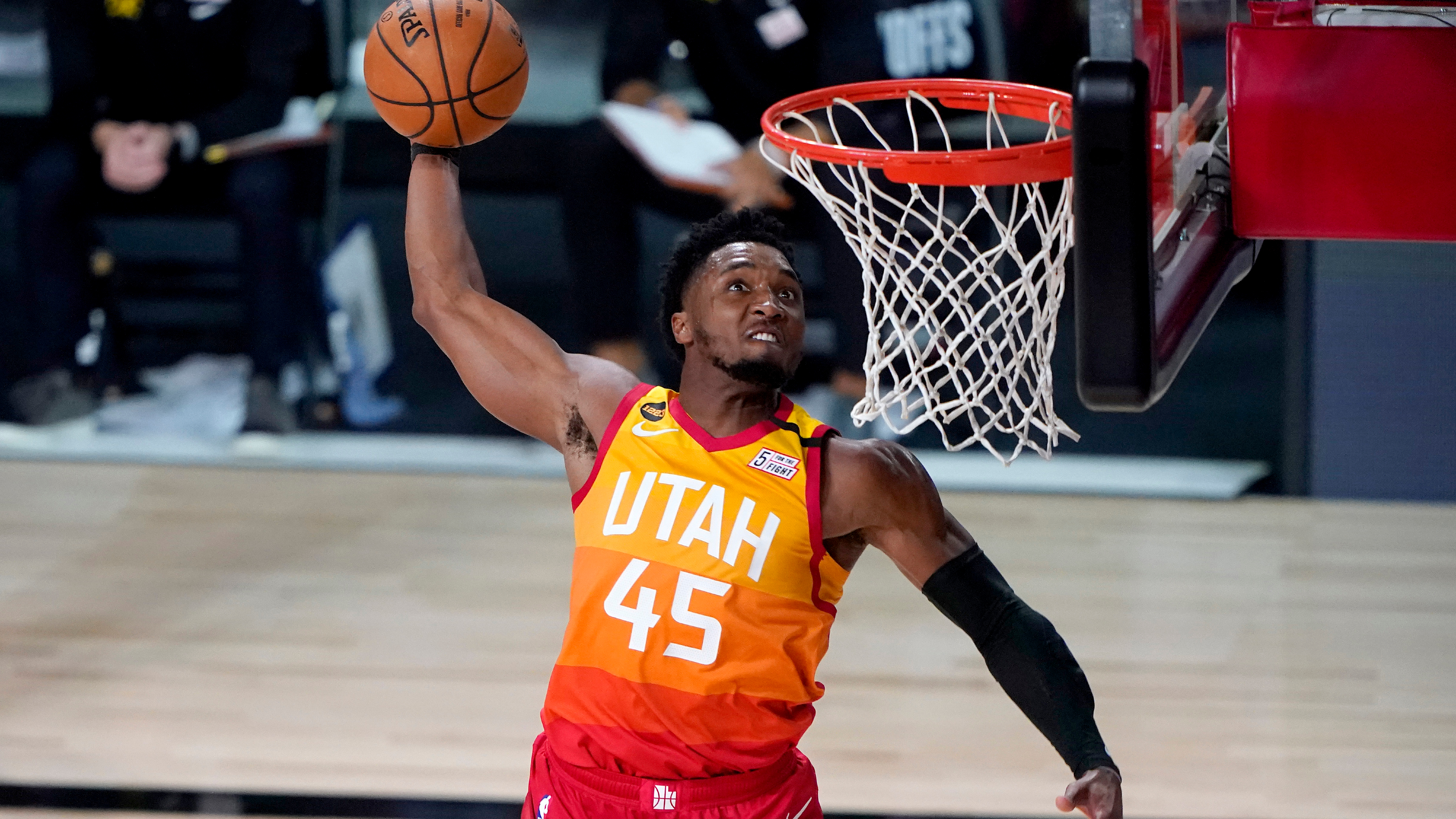 Shaquille O’Neal is a fantastic personality and a legend not only of the NBA, but also of basketball in general.

That doesn’t mean, however, that every word he speaks is gospel, something Jazz star Donovan Mitchell pointedly reminded him of early Friday.

After Utah’s 129-118 win over New Orleans — a game in which Mitchell scored 36 points on 11-of-18 shooting (6-of-8 from 3), five assists and seven rebounds — Shaq revealed that he said Mittchell “didn’t have what it takes to get to that next level.” In the next breath, he said he wanted him to hear that criticism, and asked him for a response.

Said Mitchell: “Aight.” Then, after a moment of silence: “That’s it.”

MORE: Warriors’ Draymond Green ejected for yelling at … a teammate?

The look on Shaq’s face as Mitchell refused to humor him only makes the interview that much better. To his credit, Mitchell added a little more in the 29-second clip, saying he’d heard the same thing since he was a rookie in 2017-18 and that he’d keep doing what he was doing.

That’s not the only time Shaq has been roasted recently. Friday’s interaction with Mitchell came just over a week after Houston’s Christian Wood called Shaq a casual because he wasn’t “familiar with your game.”

A couple of humbling moments for Shaq, but something tells us “The Big Aristotle” will pull through — even after Twitter roundly roasted him following his remarks:

No disrespect to Shaq but he makes all these demands on young players to get better but not one time have I ever seen him extend the olive branch and offer to help a guy work on their game. It’s always “I expect domination (or some unrealistic stat line)”

Shaq’s confrontational schtick aside, the bigger issue is the NBA cultivating an environment where every talking head’s persona is Toxic Boomer

if former players on TV showed us that they were paying close attention, cited specific areas of the game where a star could grow & packaged those challenges/criticisms in the form of a thoughtful question etc, thatd be cool

the crudeness & timing of what shaq did was ridiculous