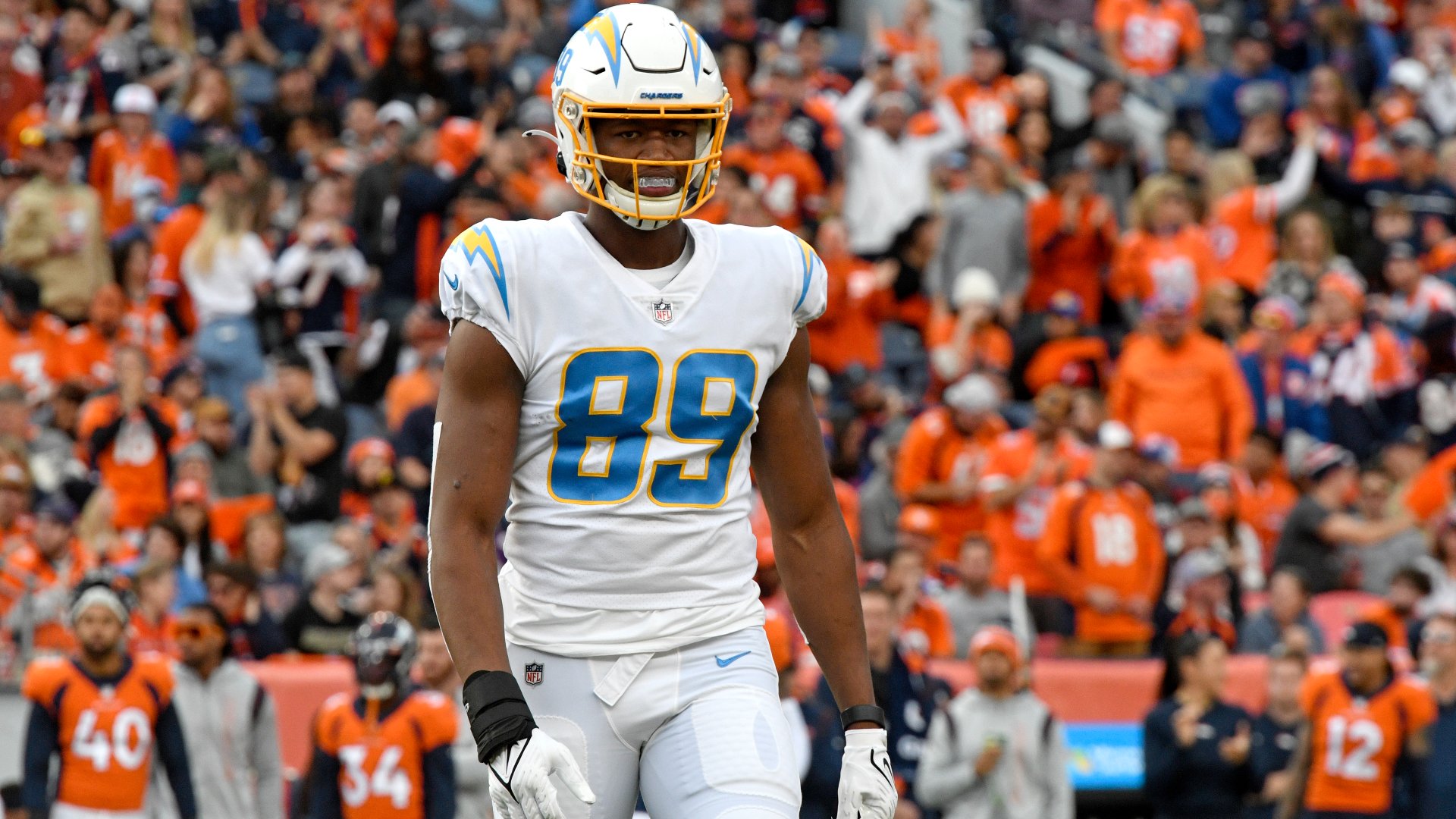 A scary moment occurred in Thursday night’s Chargers-Chiefs game when Los Angeles tight end Donald Parham was injured on a first-quarter play in the end zone. He was placed on a stretcher and carted off the field.

The Chargers were facing fourth-and-goal from the Kansas City 5 when Justin Herbert threw to Parham in the back of the end zone. Parham appeared to have caught the ball before it fell incomplete.

Parham’s head appeared to slam into the turf as he was falling to the ground. He was down on the field for several minutes and initially appeared to be out and not moving. Fox broadcasters Troy Aikman and Joe Buck reported that he moved his hands and legs while being attended to. His arms were shaking as he was being carted to the locker room, however.

The Chargers later announced that Parham was taken to an area hospital.

Given the nature of the injury and what happened in the aftermath, social media reactions poured in in support of Parham.

Scary scene on that field right now.
Players put their livelihood on the line every time they step in between those lines. Prayers up for Donald Parham

It was so hard for me to keep playing a game after watching a player leave on a stretcher. I was worried about him and myself for the rest of the game.

Parham has played in all 13 games for the Chargers this season and started nine. He has 20 catches for 190 yards and three touchdowns.