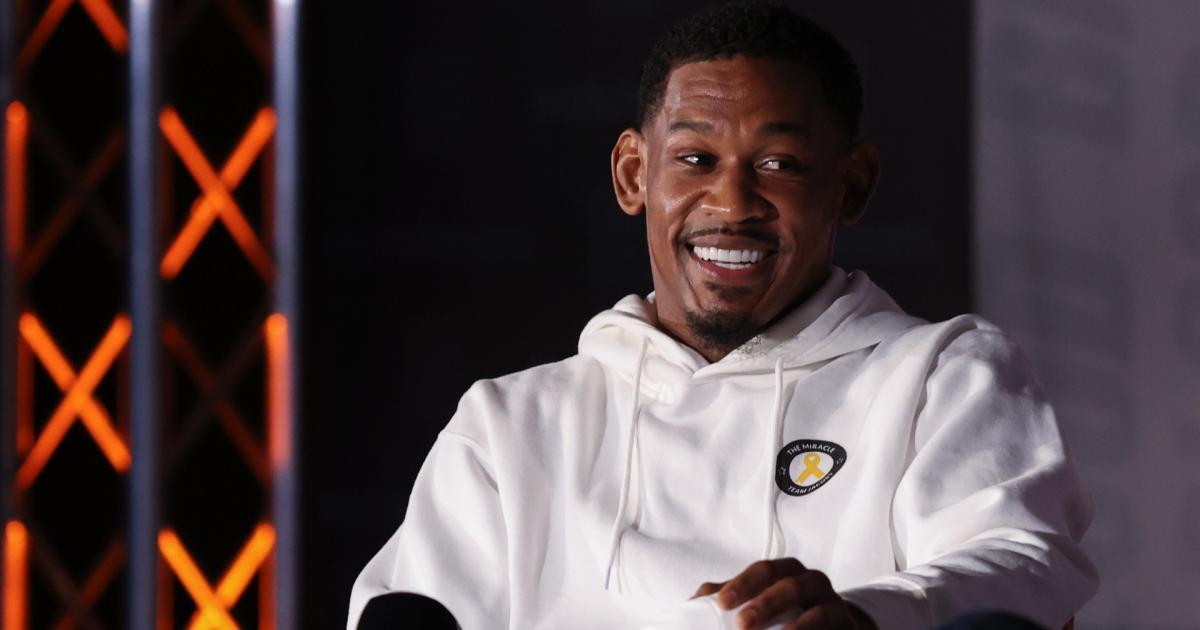 After two years away from the ring, Daniel Jacobs is ready to remind the world who the “Miracle Man” is. Jacobs takes on John Ryder in a super-middleweight bout on February 12 from inside Alexandra Palace in London. His first time fighting there as a professional, Jacobs is ready to make the most of the opportunity in front of him.

Jacobs, a cancer survivor, made his pro debut in 2007. A WBA middleweight champion, he lost the title to Gennadiy Golovkin. He would rebound by winning the IBF middleweight title but lost it against Canelo Alvarez in 2019. Jacobs is now on a two-fight win streak, last facing Gabriel Rosado in 2020.

He faces a former interim WBA super-middleweight champion in Ryder. Ryder is also on a two-fight win streak. A lot is on the line for Ryder and Jacobs. With Canelo unifying the super-middleweight division, there are a lot of fighters lining up to face him. Jacobs is looking to separate himself from the rest of the pack.

Sporting News spoke with Jacobs on facing Ryder and if he has any special plans in place to prepare for the upcoming fight.

Sporting News: This is the first time since November 2020 you are fighting. How are you feeling heading into this bout?

Daniel Jacobs: I’m feeling ecstatic. I’m feeling elated, superb, and excited to have the opportunity to go out there and perform in a place where I know the energy is going to be through the roof. London is a special place for me: I had an opportunity to fight there as an amateur. I’m looking forward to fighting there as a pro and feeling that same energy, while providing a show to the people who paid their hard-earned money to see boxing.

MORE: Behind the scenes with Daniel Jacobs: How he became a winner despite losing vs. Canelo Alvarez

SN: With an unpredictability factor involved when fighting in the U.K., how does one prepare to fight a bout of this magnitude?

DJ: I don’t see anything being unpredictable. If we are talking about passionate fans, I have my fair share of fans. In my last fight, there was nobody in the crowd. If I have to steal the energy from some of his fans, even if they are booing me, I’m going to use it. It is all about a mindset. Like Floyd Mayweather always said, “A true champion always adjusts.” That’s what I plan on doing.

SN: You’ve had a long layoff. Meanwhile, John Ryder last fought in 2021. He is also on a two-fight win streak. Is there a cause for concern, or do you have a specific game plan heading into this fight?

READ  Rashard Higgins' controversial Browns fumble stirs a debate: What is the worst rule in sports?

DJ: I think I have all the tools inside of my arsenal to be the victor by the end of the night. It is up to me to adjust to anything. I may need to switch certain things around. I do see myself being the better fighter. I know he has a lot to gain and a lot to lose. That is the case for every fighter every time they step inside the ring. We’re both in the same situation.

SN: Where do you see yourself following a win?

DJ: I would say I earned a title shot for sure. I’m still rated top-tier in the sport. I look forward to capitalizing on that. There are a lot of great fighters out there, a lot of potential fights that could happen that make sense for me and my career. It all starts with this fight against John Ryder. This fight is going to be a key indication, at least to the fans, because I know what’s inside of me. I know what the issues are, in terms of what I need to show vs. what I didn’t show in my last fight. If people are going to judge me solely on my last fight, then I can assure you that they are mistaken.

SN: What can fans expect to see from Daniel Jacobs against an opponent like John Ryder?

DJ: I have no idea (laughs). I can say that I can give him my all. I can probably see the fight being an entertaining one. Both of us feel like this fight is important. There will be fireworks in some shape or form.

SN: Any advice for your rookie self?

DJ: Eliminate all distractions. Be in the best mental space before you go and step inside that ring with your life on the line. Never feed into negativity because negativity is very draining. Be the best version of yourself, and stay focused.