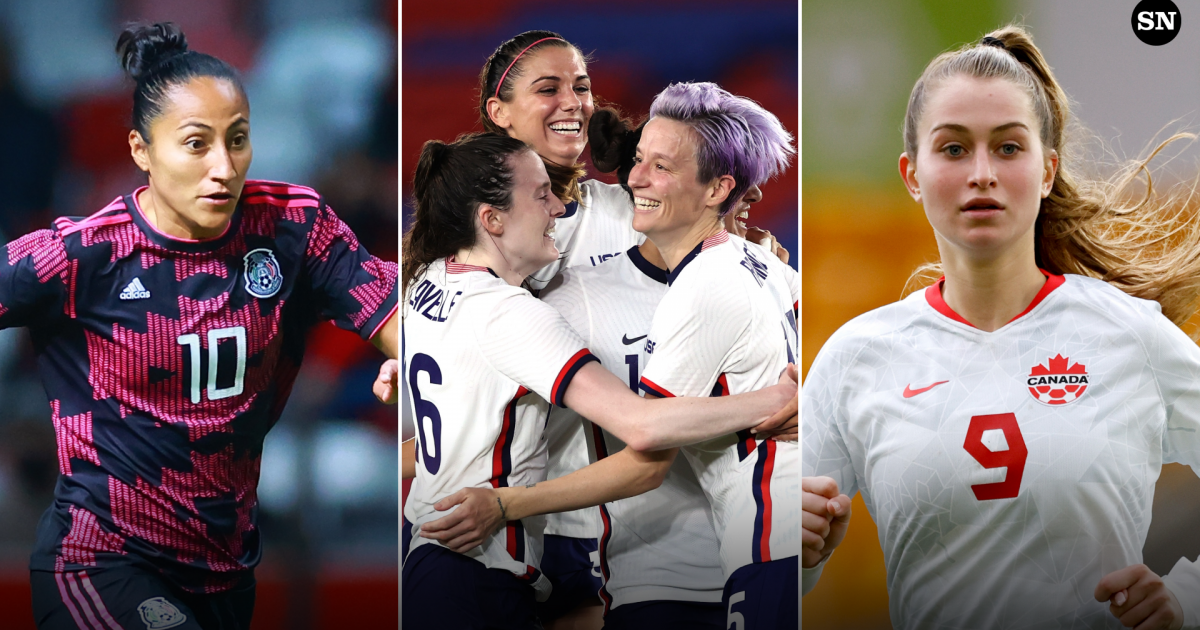 The inaugural CONCACAF W Championship will crown the best national women’s soccer team on the North American content, but it carries even more weight than that: Direct berths will be handed out to the 2023 FIFA Women’s World Cup and the 2024 Olympics.

The USA, ranked No. 1 in the world, headline the competition alongside No. 6-ranked Canada, and each were placed in separate groups. Mexico is the next highest-ranked nation in the region at No. 26 in the FIFA World Rankings, while Costa Rica is fourth at No. 37.

After using the early stages of 2022 to test younger talent as the team reloads, USWNT head coach Vlatko Andonovski has recalled a number of proven veterans like Alex Morgan and Megan Rapinoe to help guide the squad, and it resulted in a World Cup berth after just two group matches.

The Americans have never missed out on a FIFA World Cup or Olympics tournament, but it won’t be a cakewalk to the W Championship title with Olympic gold medalists Canada likely to reach the final. But Haiti, Jamaica, and Costa Rica have also made important strides in recent years as they seek to make history.

Where is the 2022 CONCACAF W Championship?

The entire tournament is split between two venues in Monterrey, with games at the Estadio BBVA in the Guadalupe neighborhood, and the Estadio Universitario in San Nicolas de los Garza. The two venues are just nine miles apart in downtown Monterrey.

USA: The CONCACAF W Championship match will be streamed on Paramount+ (English) and ViX (Spanish). Select matches broadcast on CBS Sports Network and TUDN will also be streamed on fuboTV.

A special discount is available to new fuboTV users for the first month of the Spanish-language Latino package.

CANADA: The Canada women’s soccer matches will be carried by OneSoccer, which is streamed on fuboTV. CBC Sports will carry the live broadcast of the final group match and tape-delayed broadcasts of the first two group games.

The CONCACAF W Championship features eight teams split into two groups (Groups A & B). After round-robin play concludes in each group, the top two teams advance to the knockout semifinals with A1 facing B2 and B1 taking on A2 in single-elimination matches.

The final will be played on July 18 with the third-place match unfolding a mere hours before. Third-place will matter to the winner because here’s what’s at stake in the tournament:

If teams are tied on points, the tiebreakers are: (1) goal difference, (2) goals scored, (3) points in matches between tied teams with additional tiebreakers available in the tournament regulations (page 21).

The four semifinalists qualify directly for the 2023 FIFA Women’s World Cup regardless of semifinal result.

The winner of the third-place match earns a spot in a 2024 Olympic play-in match against the tournament runner-up, which will take place in September 2023.

The winner of the final qualifies directly to the 2024 Summer Olympics. The loser of the final earns a spot in an Olympic play-in match against the third-place finisher in September 2023.