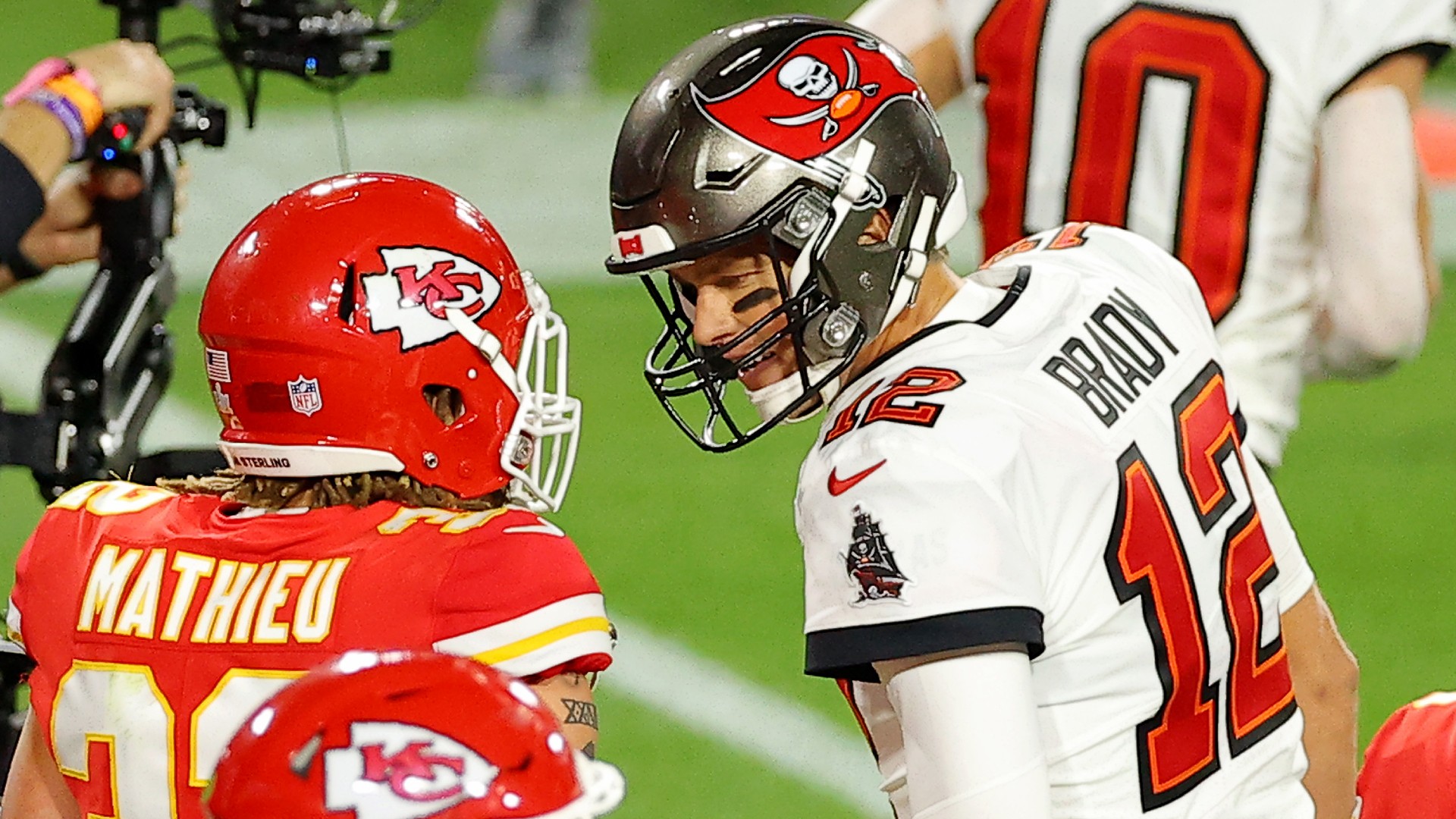 What did Tom Brady say to set off Tyrann Mathieu?

During the first half of the Chiefs’ Super Bowl 55 loss to the Buccaneers, the Kansas City safety had a heated verbal exchange with Brady, who won the Super Bowl MVP award after leading Tampa Bay to victory with 201 yards passing and three touchdowns. After a Brady TD pass with just six seconds left in the second quarter, Mathieu ran over to Brady and put a finger directly in his face. Brady then felt the need to extend the conversation, chasing down Mathieu before teammates separated the two.

MORE: Brady puts NFL’s GOAT out of reach for Mahomes (and everyone else)

Mathieu got hit with a flag for unsportsmanlike conduct, but Brady was not penalized.

In a since-deleted tweet that was posted Sunday night, Mathieu claimed that Brady may have crossed the line with his word choice.

“He called me something I won’t repeat but yeah I’ll let all the media throw me under [the] bus as if I did something or said something to him,” Mathieu tweeted. “Go back to my previous games against [Brady]. I showed him nothing but respect. Look at my interviews about him. I show grace.”

During his postgame media availability, Mathieu declined to offer specifics about the trash-talking incident but told reporters he didn’t believe it impacted how he performed.

“I thought I played as hard as I can today,” Mathieu said (via ProFootballTalk). “Listen, Tom Brady’s a great quarterback. I never really saw that side of Tom Brady, to be honest. But whatever. No comment. It’s over with. I’m done with it.”

Mathieu finished with three tackles in the loss and had a first-half interception negated by a holding penalty.