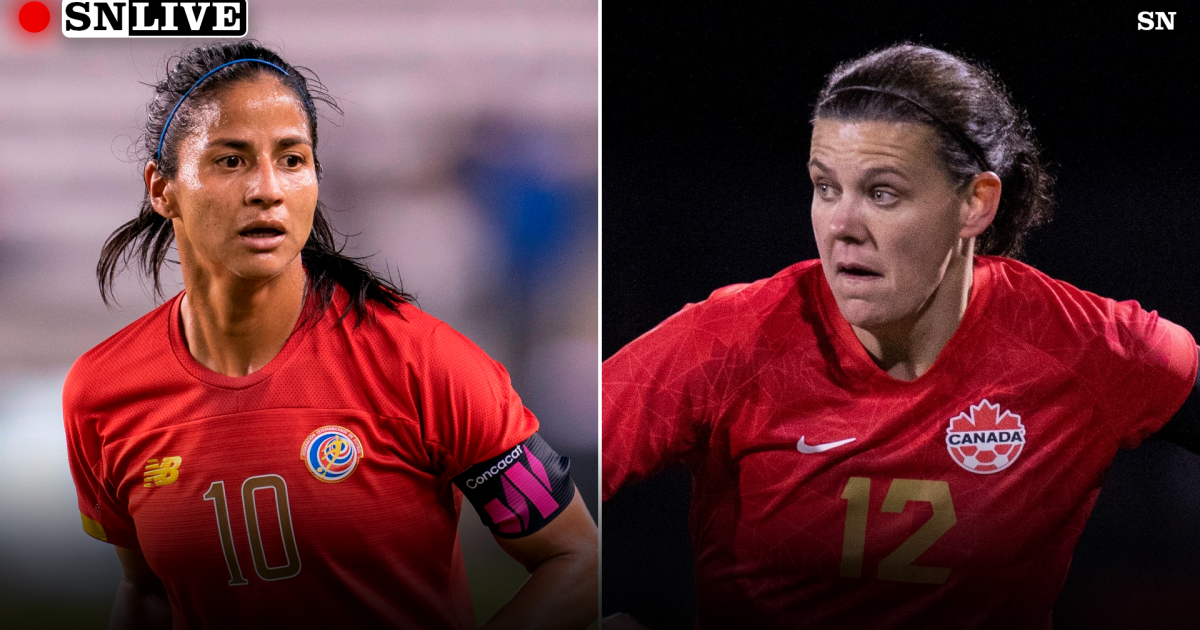 The Canada women’s national team has officially secured a spot in the 2023 FIFA Women’s World Cup, but the top spot in Group B of the CONCACAF W Championships has yet to be determined.

That will be decided as Canada takes on Costa Rica in the final group stage match, with both teams already into the knockout round with two victories in two games. Both teams have scored seven goals in the process and not yet conceded a single time, so there’s little to separate the two as of yet.

There are real stakes to winning the match, and by proxy, Group B. The winner of this game is likely to avoid the top-ranked United States in the semifinals, with the loser likely to draw Vlatko Andonovski’s powerhouse side before reaching the final.

After a 6-0 win over Trinidad & Tobago that seemingly put Canada’s continued offensive struggles to bed, the demons returned against Panama, with a 64th-minute strike by Julia Grosso just enough to put Les Rouges through with three points. Still, manager Bev Priestman will need to sort out the attack ahead of a decisive game against a solid defensive squad.

29th min.: Play resumes after a hydration break. It’s apparently over 100 degrees in Mexico. Another reason for Canada to want to put this game away early.

One-nil Canada at drinks. Seven shots so far for Canada and 68% of the ball. #CANWNT | #CANXNT #concacafwxespn

22nd min.: It’s been all Canada, who have the Costa Rican side pinned in its own half. Canada will definitely want to get another goal to confirm its superiority thus far and ensure a slightly calmer second half.

16th min.: Another dangerous set-piece delivery by Beckie into the box and Christine Sinclair can’t put her header on frame. Beckie looks to be on her game today.

READ  What to know about Colin Kaepernick's workout with Raiders: Latest news, updates on potential NFL return after 5 years

13th min.: YELLOW CARD to Costa Rica’s Daniel Cruz. That’s important to track since we know that yellow cards could come into play.

11th min.: Canada nearly made it 2-0! Vanessa Gilles tees up Nichelle Prince in the box, but Prince’s point-blank shot is blocked by a Costa Rican defender in the six-yard box.

5th min.: Goal Canada! Nichelle Prince converges from the left to the center and threads a through ball into the box for Jessie Fleming, who applies the cool finish. Great start for Canada. First goal given up by Costa Rica at the W Championship.

JESSIE FLEMING gets on the board early for the #CanWNT, giving her team a 1-0 lead over Costa Rica after getting on the end of a perfect through pass by Nichelle Prince #CWC | 🔴 https://t.co/7JFAUhgjL6 pic.twitter.com/mcasmj8SJz

3rd min.: Canada with the first attacking threat of the match. Quinn float a ball into the box and Janine Beckie heads the ball wide.

5 mins to kick: The anthems are out of the way and we’re just about ready for kickoff.

59 mins to kick: Lineups are in, and tournament leading scorer Julia Grosso is sent back to the bench after starting last game and scoring the winner. Otherwise, it’s a standard XI for Canada.

89 mins to kick: With lineups yet to be posted, we’ll see if 39-year-old Christine Sinclair gets the nod up front for Canada’s struggling attack. One of her record 190 international goals came against Costa Rica back in 2019 in spectacular fashion.

101 mins to kick: 21-year-old midfielder Julia Grosso has been one of the few bright spots in the attack for Canada so far in the CONCACAF W Championships. Despite her young age, Grosso has established herself as a regular within the squad, sitting on 39 international caps.

Still, the most impressive part of Grosso’s tournament-high three goals is that she came off the bench in the first match. With Canada struggling up front as a whole, will Bev Priestman consider starting Grosso from the beginning against Costa Rica in the Group B decider?

120 mins to kick: There is a potentially chaotic result to tonight’s match that could see the winner of Group B chosen by a drawing of lots.

The two teams are currently level on every single tiebreaking metric used to differentiate teams in the group stage of the CONCACAF W Championship — points (6), goal difference (+7), goals for (7), and even the fair play metric (-1).

If the two teams draw tonight and collect the same amount of fair play points (-1 for yellow card, -3 for second yellow card, -4 for direct red card), the winner of Group B would be decided by a drawing of lots.

IF the match is drawn, and both teams are equal on disciplinary points… Concacaf will draw lots for a Group B winner. pic.twitter.com/FqwMknZ11A

Canada head coach Bev Priestman has moved Janine Beckie between winger and fullback during the tournament, but she’ll be depending on her to be a difference-maker in attack against Costa Rica.

Quinn was rested against Panama, but they return against Costa Rica in place of Julia Grosso, who is likely one of the first options off the bench. The other returning players are center back Vanessa Gilles, right back Jayde Riviere, and the legendary Christine Sinclair.

MORE: Who are the best women’s national teams in the world?

The five center back tactical system used by Costa Rica has caused issues for both opponents thus far, with Panama and Trinidad and Tobago forced to foul consistently to stay in the game.

Costa Rica generates attacking chances, and often finds a way to finish them, converting exactly half their 32 shots into on-frame attempts thus far through the first two matches. There’s exciting youth sprinkled into the lineup, with 20-year-old Priscila Chinchilla, who plays for Glasgow City in Scotland, deployed on the left flank.

How to watch Canada vs. Costa Rica

USA: The CONCACAF W Championship match will be streamed on Paramount+ (English) and ViX (Spanish).

CANADA: The Canada women’s soccer match will be carried by OneSoccer, which is streamed on fuboTV. CBC Sports (and CBC Gem) will also carry it live.

Canada is a favorite for the Group B decider, but the odds are not be as lopsided as some we’ve seen in this CONCACAF W Championship tournament. The two sides have both performed at similar levels against similar opponents, leading to the expectation of a tighter match.

While Canada remains a -455 favorite to defeat Costa Rica and top Group B, those odds pale in comparison to the -4000 given to the United States to defeat struggling hosts Mexico later in the evening in Group A. Some respect is given to Costa Rica for its bright tournament performance thus far, but there is still only one winner expected in this match.