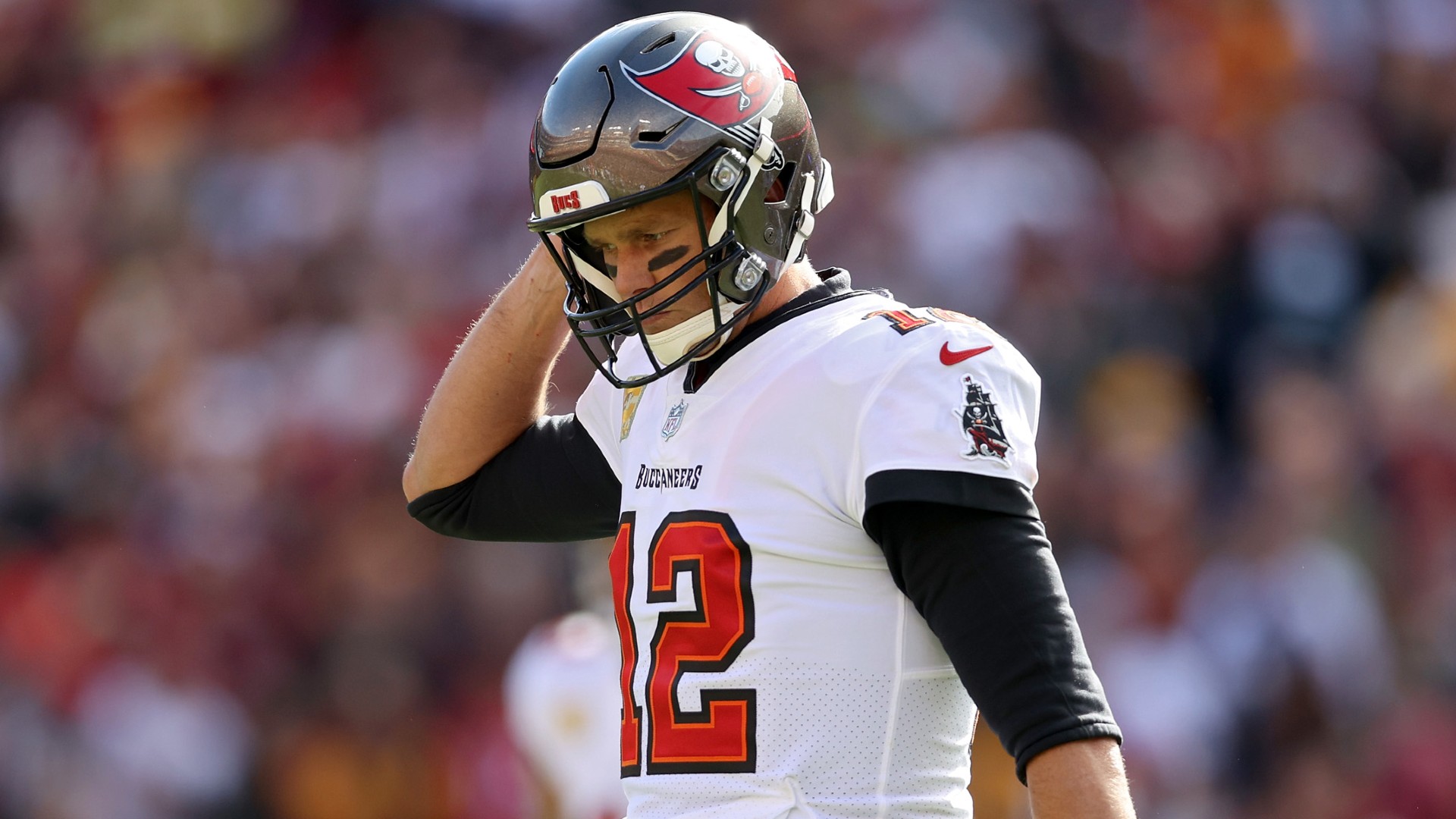 The Buccaneers were the last “NFL team to beat” left standing in the 2021 season. They fell hard from their status of Super Bowl 56 favorites with a shocking 29-19 upset loss at Washington in Week 10.

Tampa Bay now has a two-game losing streak to drop to 6-3, with a defeat at New Orleans coming before its Week 9 bye. Tom Brady has struggled with two consecutive multiple-interception games while the passing game has missed two key injured targets, wide receiver Antonio Brown (ankle) and tight end Rob Gronkowski (ribs, then back).

From the AFC, Buffalo came into the week with the same 11/2 odds as Tampa Bay at most sportsbooks. Although the Bills (6-3) did demolish the Jets as expected, they already lost a lot of their own Super Bowl luster with last week’s losing clunker at Jacksonville.

Baltimore (6-3) looked like it had turned a corner as the current No. 2 seed in the AFC, until it fell at lowly Miami to kick off Week 10 on Thursday night. The Cardinals (8-1) and Titans (8-2), who played each other in Week 1, held the best records in the league with pretty strong resumes. The Cardinals’ best wins are over the Titans and Rams, and only lost to the Packers (7-2). The Titans, over the past month, have racked up victories over the Bills, Chiefs, Rams and Saints to stamp their resume.

But the Cardinals are now operating without QB Kyler Murray, who has a nagging ankle injury, as well as hamstrung top wide receiver DeAndre Hopkins. The Titans have been overachieving without their team MVP, Derrick Henry. Despite them being the two current No. 1 teams, there’s little belief they are setting up a full-circle rematch in Super Bowl 56 in Los Angeles.

The NFC No. 2 Cowboys (7-2) did rip the Falcons in Week 10, but they had a Bills-like faceplant against the Broncos last week. The No. 3 Packers (7-2) have looked good since Week 1’s blowout loss to the Saints, but they threw away a game against the Chiefs with no Aaron Rodgers.

Then come the two Los Angeles teams witih the NFL desperately hoping one, preferably the Rams and not the Chargers, will make it a second-straight home-team Super Bowl. Then there are the remaining clusters in the AFC West and AFC North, and also rans from the NFC South. At this point, Bill Belichick’s red-hot Patriots look to have as good of a chance of getting to the Super Bowl as almost anyone else.

Why has there been no dominant team? Injuries, both short- and long-term, and COVID-19 have created personnel twists and turns. There are more teams with quarterback solutions than ever before, but everyone from the elite young guns to the seasoned big winners, the average bridge-like passers to the backups thrust into duty, have struggled as defenses everywhere make adjustments to protect against big pass plays.

There also are few teams with downright terrible defenses. The Jaguars, Jets and Lions have looked awful there at times, but they have had their moments when the matchups align. Miami, which bit Baltimore, and Washington, which dumped Tampa Bay, had been underachieving defensively, but have figured out some things with their high levels of talent the past couple of games.

READ  Nebraska makes right call to keep Scott Frost, but 2022 must be much different

There also are a handful of somewhat talented but inconsistent teams with no real firm identities from week to week, such as the Broncos, Colts, Vikings, Falcons and Eagles. Related to that, there’s also been some questionable and bizarre coaching across the board. Officiating is bad, too, but that’s just gravy as far as the league-wide quality of play issues are concerned.

Nothing’s reliable anymore, good or bad. The NFL has pushed its pleasing parity into messy mediocrity. Unpredictability is one of the league’s calling cards for popularity, but a little dominance being restored would be welcome, too.

The good news is with the longer season, there’s a more of a marathon feel toward the playoffs. By the time Week 18 comes around, there will be a worthy field with the usual suspect contenders, setting up another compelling postseason. With the longer schedule, the NFL has made the regular season more of a “feeling out” than “getting everything right” period. Getting closer to saturation is something all NFL fans must accept — we need to deal with a little more ugly to get into plenty of pretty when it counts most.