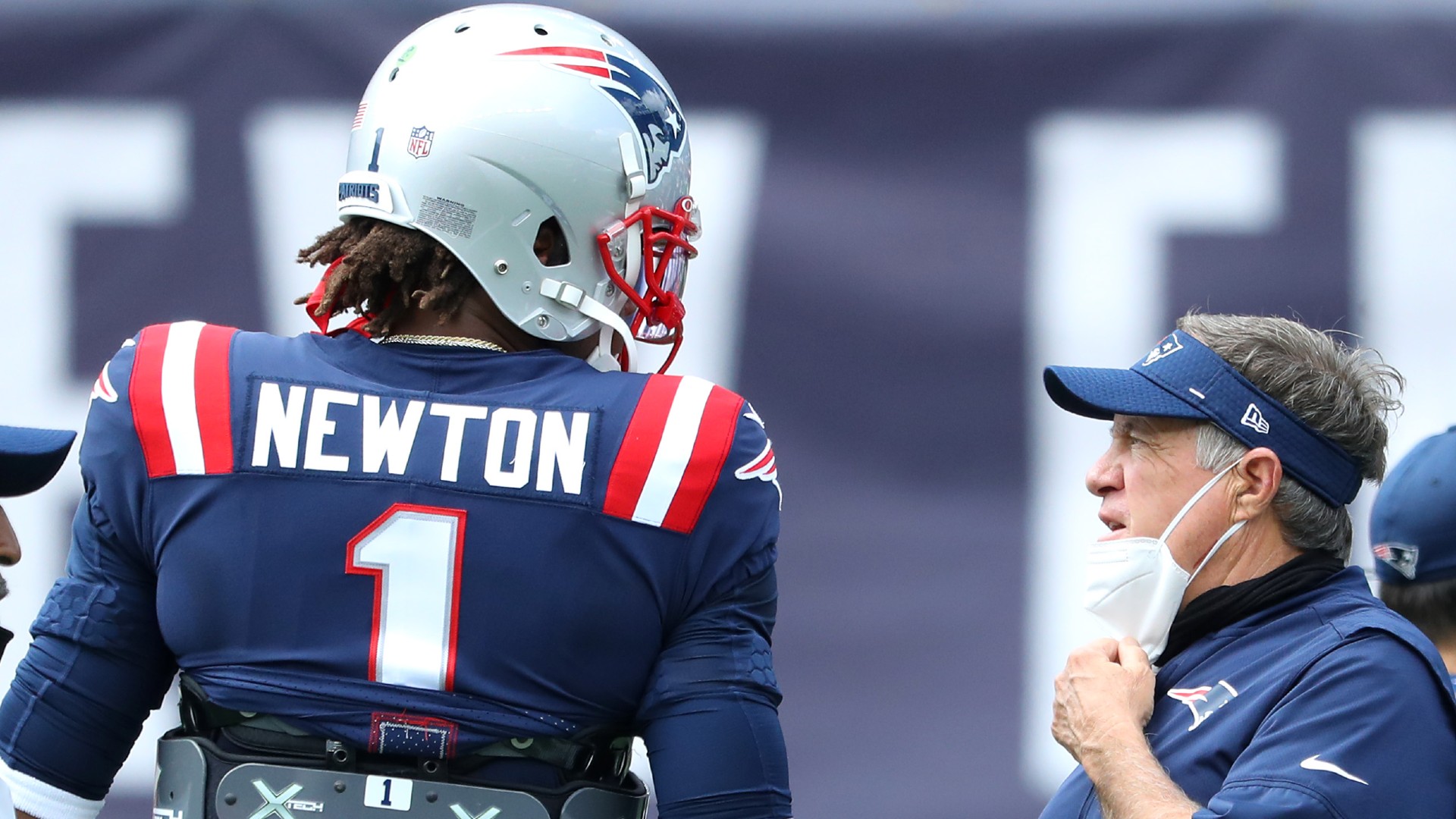 There is no room for emotion when it comes to NFL business. Just ask Cam Newton.

The veteran quarterback wasn’t just dropped behind rookie Mac Jones on the Patriots’ depth chart. He was cut from the team Tuesday, leaving him searching for another opportunity with Week 1 of the 2021 season fast approaching.

Shortly before multiple reports emerged indicating that New England had released Newton, Patriots coach Bill Belichick took questions about the roster during his Tuesday media availability. Belichick refused to go into detail about roster transactions until after the final cuts were officially announced, but he did answer one question about Newton’s play toward the end of his session.

Reporter: “How would you characterize the preseason and training camp that Cam Newton has had?”

Belichick: “Again, last year was totally different, so I just feel like everybody’s way ahead of where they were last year. Certainly, he started at a much higher point than what he did last year, so definitely moving in the right direction.”

What Bill Belichick said about Cam Newton, just before cutting him: “Certainly, he started at a much higher point than what he did last year, so definitely moving in the right direction.”

While there was some speculation that Newton had been let go because he isn’t fully vaccinated, that was only one part of the bigger picture. Jones made a terrific first impression with the Patriots and excelled during the preseason. He quickly earned the respect of his teammates and looked comfortable running the offense.

Mac Jones’ stats from the preseason:

As for Newton’s future, the former NFL MVP doesn’t sound too concerned about becoming a free agent.

“I really appreciate all the love and support during this time, but I must say… Please don’t feel sorry for me,” Newton said in an Instagram post. “I’m good.”