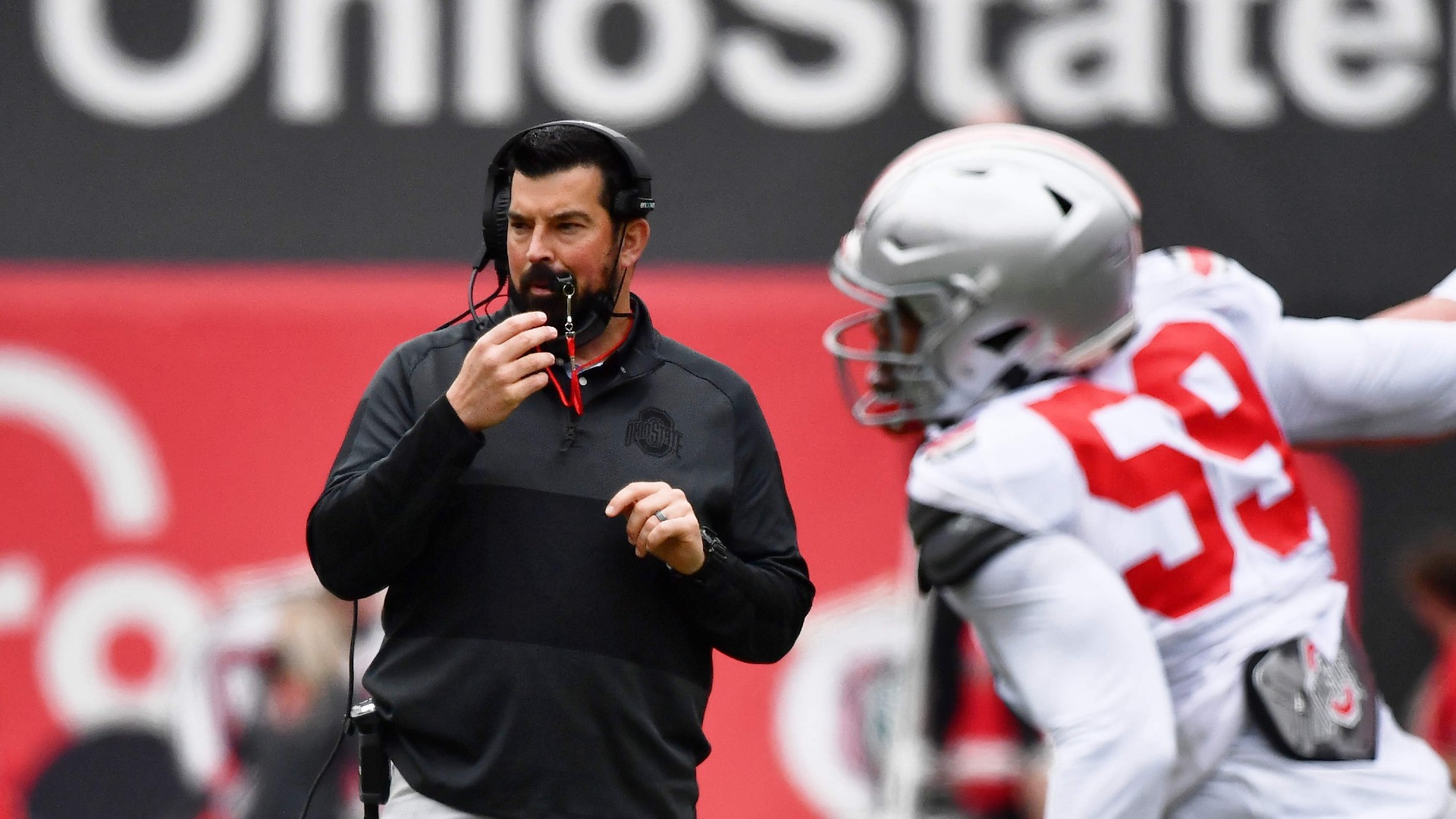 What’s stopping the Buckeyes from making it five in a row?

Third-year coach Ryan Day will have a new starting quarterback in 2021, but Ohio State has more than enough blue-chip talent back to make that run. After all, Day has yet to lose a Big Ten game. Ohio State’s shadow continues to hang over the rest of the conference. Wisconsin, Penn State and Iowa all have winning percentages of better than 70 percent in that stretch. Indiana emerged as a Cinderella story in 2020, and Northwestern has won the Big Ten West two of the last three seasons.

Then, of course, there is Michigan. The Wolverines are 0-5 against the Buckeyes under Jim Harbaugh and entering a pivotal year after last season’s 2-4 disaster. While Harbaugh and Nebraska coach Scott Frost are facing more pressure, Bret Bielema returns to the conference for his first season at Illinois.

Are any of these teams truly fit to challenge the championship machine at Ohio State? That is the uncomfortable question being asked across the conference.

Sporting News looks at the Big Ten and makes its predictions for 2021:

Harbaugh took a pay decrease in the offseason after Michigan finished 2-4, and he enters his seventh season with the Wolverines still chasing a Big Ten championship and a victory against rival Ohio State.

Michigan hired six new assistant coaches, and the youth movement is on in Ann Arbor. New defensive coordinator Mike Macdonald is tasked with remodeling the defense, and Cade McNamara is the latest new hope at quarterback.

Michigan faces a brutal schedule in 2021, too. A non-conference showdown with Washington precedes a Big Ten road schedule that includes trips to Wisconsin, Nebraska, Penn State and Michigan State.

All that comes before that national referendum against the Buckeyes.

Ohio State added a pair of five-star defensive ends in the latest recruiting class to an already loaded defensive line. Sawyer impressed in the spring game with four sacks, and Tuimoloau was a prized late addition in the summer. The Buckeyes now can use a “Rushmen” package that could include these two with any combination of Zach Harrison, Tyreke Smith and Haskell Garrett, a SN Preseason All-American on the interior. Sawyer and Tuimoloau will benefit from more time with defensive line coach Larry Johnson in camp.  “Both of them are going to play and hopefully play a lot,” Day said at Big Ten Media Days.

Hassan Haskins will be the lead back at Michigan, but it will be interesting to see how much Edwards, a 5-11, 190-pounder from West Bloomfield, Mich., plays as a freshman. Edwards impressed with his home-run hitting speed in high school and offers a change of pace from Haskins. Edwards also will learn from new running backs coach Mike Hart, who rushed for 1,455 yards as a freshman with the Wolverines in 2004.

For all the feel-good stories at Indiana last season, the Hoosiers lacked a consistent running game with 3.3 yards per attempt. Carr averaged 5.0 yards per carry in four years with USC, though his production sagged in 2020. He still offers Indiana a 215-pound presence between the tackles, and that should complement quarterback Michael Penix Jr.

Stroud still has to win the starting job, and Kyle McCord and Jack Miller will be in the mix in fall camp. Whoever starts for the Buckeyes will be throwing to the deepest group of receivers in college football, and the production is a given in Day’s offense. We still think Stroud has the lead on the starting job for now.

Penix Jr. suffered a torn ACL in 2020, which cut short a breakout season that took off with the game-winning two-point conversion against Penn State. Penix is a confident playmaker, and provided there are no setbacks, could be the most-prolific quarterback in the conference.

This could be an enticing sequel to last year’s 49-42 thriller in Columbus, but the pressure is on the Hoosiers to get there. Indiana opens the season at Iowa, welcomes Cincinnati and has to travel to Penn State before this home matchup with Ohio State.

The Nittany Lions have been the best competition on the field through the Buckeyes’ four-year championship run, and that includes two competitive games at Ohio Stadium. Penn State has a tough schedule before this one too, with a home game at Auburn and road games at Wisconsin and Iowa.

Northwestern will have their say in the Big Ten West too, but the Hawkeyes and Badgers have more experience at quarterback with Spencer Petras and Graham Mertz, respectively. This game will be a huge piece of the Big Ten West puzzle.

The Game was postponed because of COVID-19 last year, and the pressure falls squarely on Michigan to re-ignite what has been a one-sided rivalry for almost two decades. The national appeal is still there, however, and there is always a chance the Big Ten East could be on the line.

The Buckeyes are 17-0 in Big Ten games with Day as head coach, a run that includes one game in 2018 he coached when Urban Meyer was on a three-game suspension.

That is the size of the significant gap the rest of the Big Ten is trying to close.

Yeah, nobody is going to close that in 2021. Ohio State does have to answer its quarterback question, and the early-season tests against Minnesota and Oregon won’t be easy.

That said, the Buckeyes haven’t lost more than one Big Ten game in a single season since the 2011 season; the year before Meyer arrived in Columbus. Day isn’t going to mess that up.

Ohio State gets yet another CFP appearance in 2021. Will this lead to Day’s first national championship?