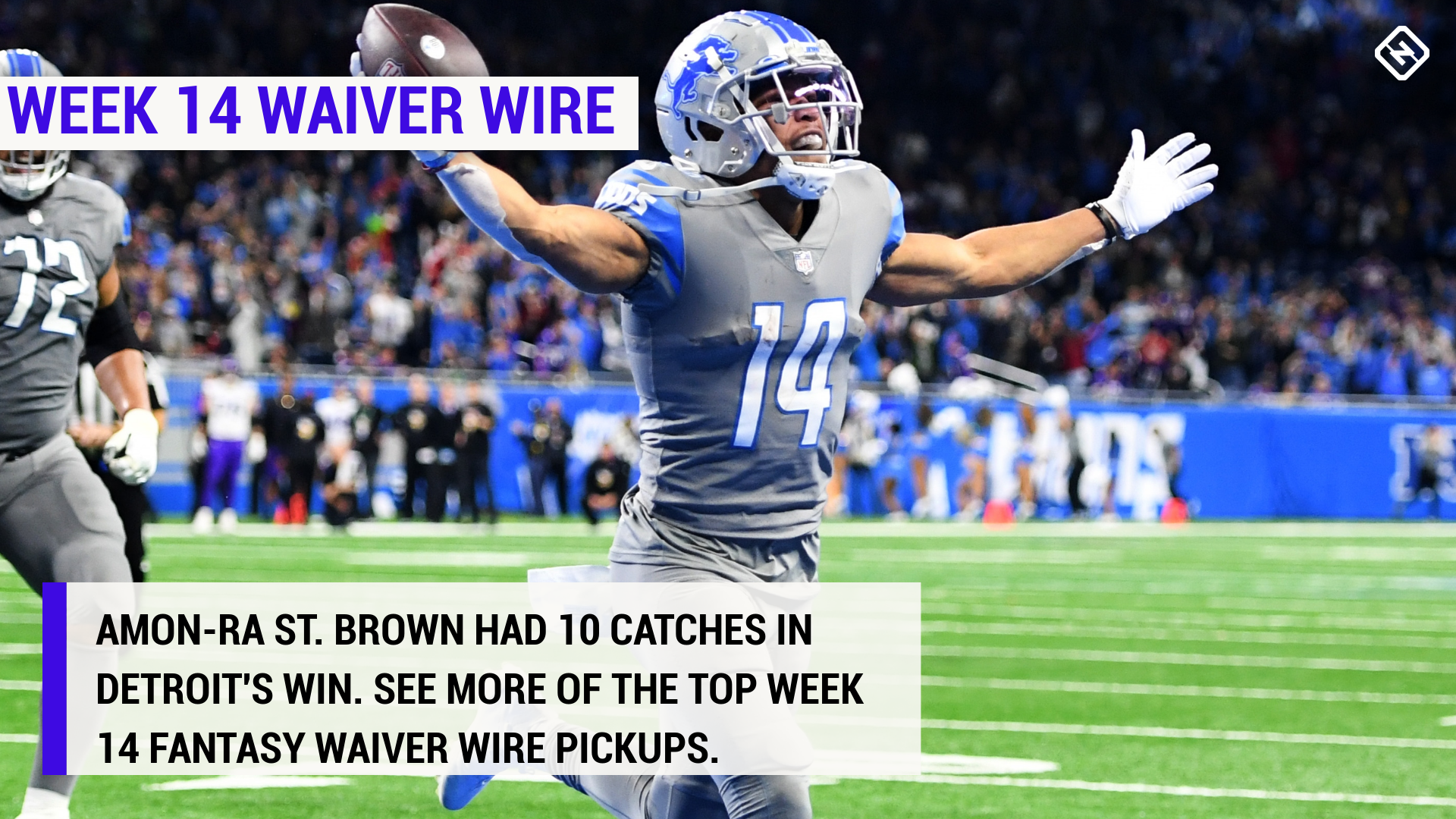 Last week was a big one for waivers, at least for this late in the season. Hopefully you took advantage because the top Week 14 fantasy waiver wire pickups and free agent adds leave a lot to be desired. In fact, several of the best guys are leftover from last week, like Titans RBs Dontrell Hilliard and D’Onta Foreman. Of course, as we’ve seen the past few weeks, more viable pickups will emerge over the next few days. As we look at the landscape on Sunday night, it’s mostly bench WRs (read: free agents), such as Amon-Ra St. Brown, K.J. Osborn, Russell Gage, and DeVante Parker.

Our full free agent list has more potential pickups, like Philadelphia’s handcuff RBs (Jordan Howard, Boston Scott, Kenneth Gainwell), Tevin Coleman, and Taysom Hill, but it’s mostly full of potential Week 14 streamers at QB, WR, TE, and D/ST. At this point in the season, you need to plan ahead for all potential lineup situations, including last-minute pivots and handcuffs at both RB and WR. You can find our streamer suggestions the end of this list.

We would normally say this isn’t the type of week where you want to use a high waiver claim, but if it’s win-or-go-home time for you, then do what you need to do. The Titans RBs could be top pickups, but let’s face it — if they’re still available in your league, chances are you don’t need to use a top waiver claim to get them. The same goes for Coleman or any other RB.

There are enough decent WRs that even if you need one, you don’t necessarily need to use a waiver claim to get a good one, but if there’s a guy you really want, then go get him. The same goes if you really want/need Hill or another QB.

Unless otherwise noted, only players owned in fewer than 50 percent of Yahoo leagues considered.