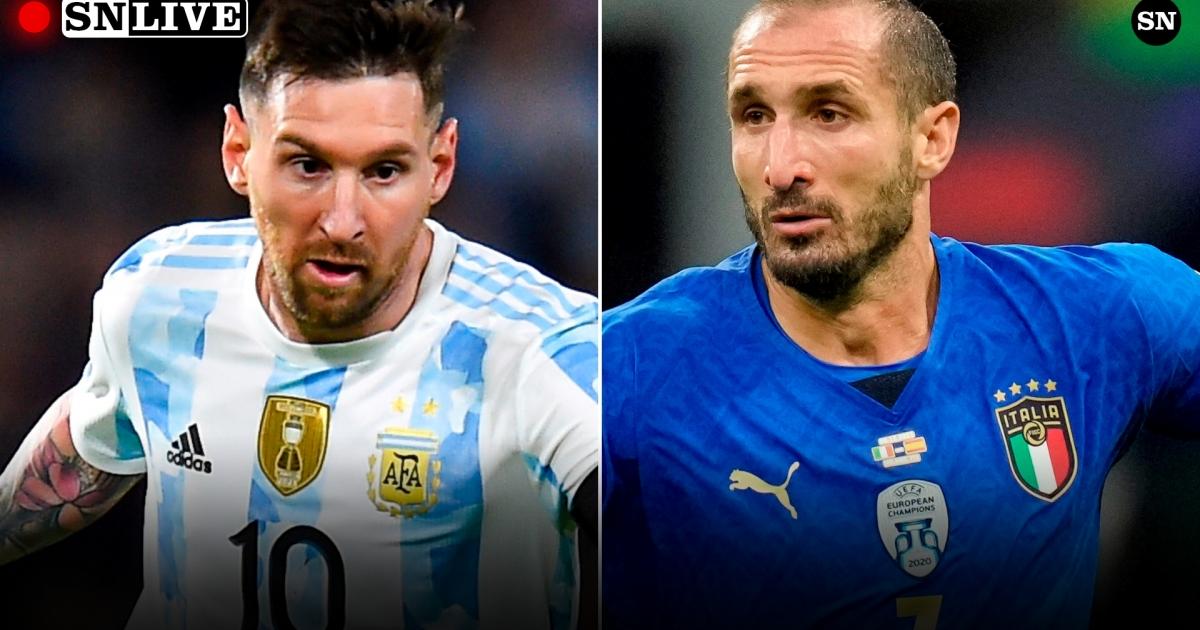 Argentina vs. Italy is must-watch any time these two storied nations face off, and Wednesday’s Finalissima sets up the latest meeting between the reigning South American champions and the defending European champions.

It’s an attempt by the two regional confederations to create a special event pitting the best teams of the two regions considered the superior force in global soccer. The 2022 edition will be played at the neutral venue of Wembley Stadium in London.

It’s as close to a potential World Cup final rehearsal as you can get, except that Italy didn’t hold up their end of the bargain, missing out on Qatar 2022 after a crushing home playoff loss to North Macedonia.

While the Italians are missing out for the second straight tournament and say goodbye to veteran defender and longtime servant Giorgio Chiellini, Argentina are fine-tuning their engines for what they will hope is a deep run in Qatar in the quest to get Lionel Messi his first World Cup trophy in what is likely his final World Cup appearance.

Should the match conclude in a draw after 90 minutes, they will head straight to a penalty shootout to determine a winner, bypassing extra time.

MORE: Everything about Argentina’s Group C at the 2022 World Cup

The Finalissima trophy at Wembley ready for Wednesday 🇦🇷🇮🇹 pic.twitter.com/9GPavLtZzR

12th min.: Giacomo Raspadori with the shot from the edge of the box and Dibu Martinez makes the easy stop. First salvo from Italy so far. The pendulum has swung in Italy’s favor over the last five minutes or so.

7th min.: Free kick for Argentina 20 yards out from Italy’s goal and it takes forever before Messi finally shoots, but it amounts to nothing.

2nd min: Angel Di Maria attempts the lob shot from the halfway line! But it finishes short of the target and goalkeeper Gigi Donnarumma had a beat on it the whole way.

1st min.: We’re off. A trophy and Argentina’s 31-match unbeaten streak is on the line. Many would have expected this to be a potential quarterfinal or semifinal at the Qatar World Cup, but Italy were eliminated again at the playoff stage.

5 mins from kickoff: Argentina’s national anthem followed by Italy’s. Chiellini’s last time for one of these. He’s provided some epic anthem moments over the years.

7 mins from kickoff: Before the anthems, Italian defender Giorgio Chiellini is honored ahead of his final match.

10 mins from kickoff: The teams are in the tunnel and ready to take the field at Wembley Stadium.

120 mins from kickoff: Another reason this match will be memorable — it’s the final match in the Azzurri blue for an Italian legend, defender Giorgio Chiellini, who’s next expected to make the move to play in the USA.

The end of an era! 🇮🇹

👏 If he plays, he’ll bow out as Italy’s joint-fourth most capped player in history, level on 117 with Daniele De Rossi. pic.twitter.com/RpUgZFYVWP

Juventus captain Chiellini will make an emotional 117th and final appearance for Italy at the heart of their defence.

Italy’s side is likely to look familiar to fans who watched their EURO 2021 campaign but look out for a couple of newcomers: 23-year-old Sassuolo striker Gianluca Scamacca has been linked with Premier League clubs Arsenal and West Ham and will be hoping to get some time to impress.

No Verratti, Chiesa, Insigne, Immobile, Zaniolo or Berardi for Italy (for various reasons). All could easily be starters.

Angel Di Maria has played his final game for PSG, but is immediately reunited with Messi on the international stage.

MORE: Why Italy’s World Cup elimination was a historic failure

How to watch Argentina vs. Italy

UK: The match will be broadcast in the UK on Premier Sports.

USA: The match will be televised by FS1, which is streamed on fuboTV. A Spanish-language stream will be available on Univision platform ViX.

Canada: Fans in Canada can watch the Argentina vs. Italy match live and on demand on DAZN.

Australia: Optus Sport in Australia will carry the Finalissima.