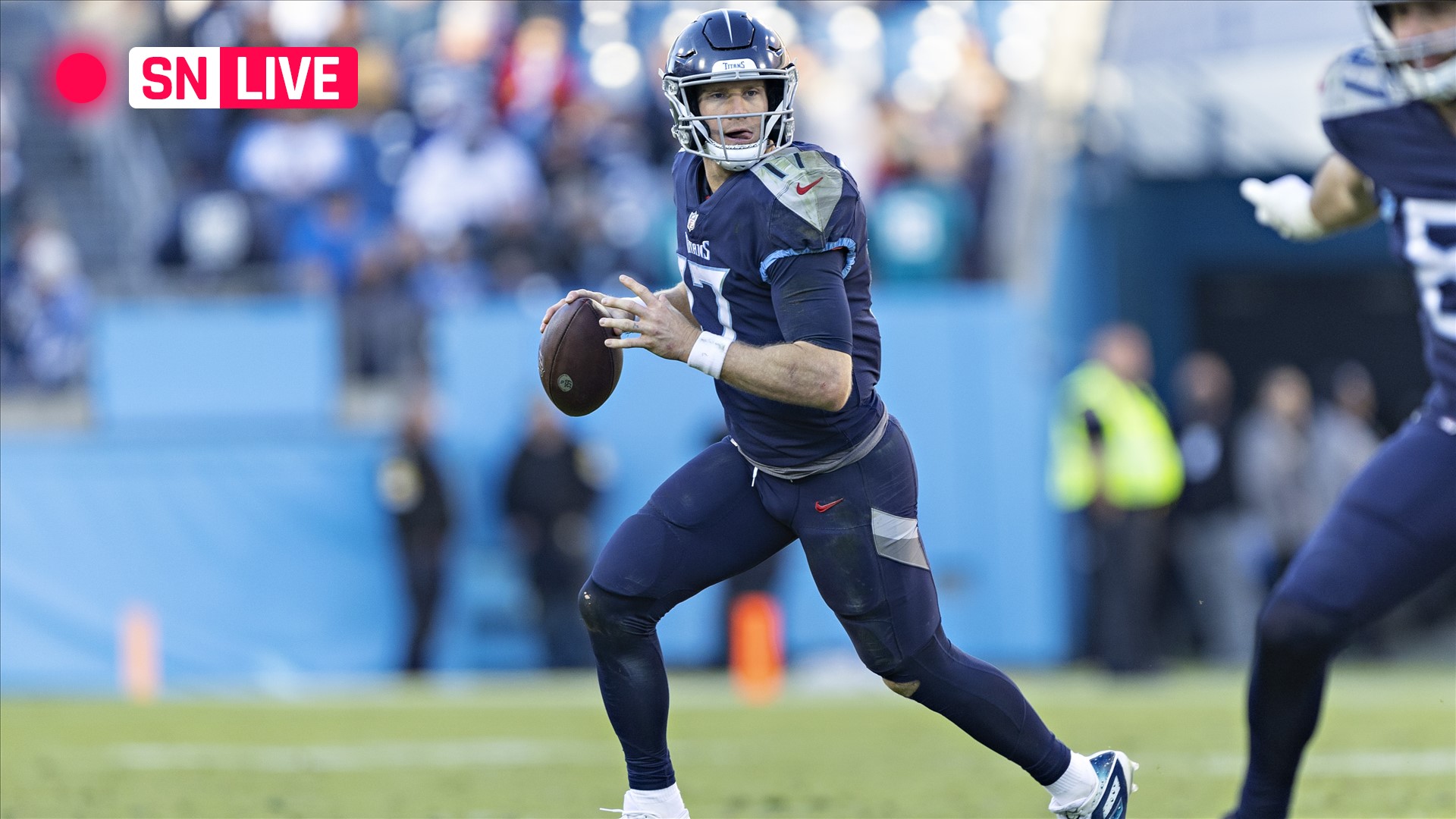 The Titans will host the 49ers in a Thursday night battle with playoff implications for both teams.

Coming off a 19-13 loss to the Steelers, the Titans (9-5) will be looking to stay atop the AFC South standings. A win against San Francisco would keep Tennessee above Indianapolis (8-6), which has won eight of its past 11 games after starting the season 0-3.

In the loss to the Steelers, Titans quarterback Ryan Tannehill threw for just 153 yards and turned the ball over twice. The Tennessee offense fared much better on the ground with the team rushing for more than 200 yards, including 108 yards from running back D’Onta Foreman. However, with leading wide receiver A.J. Brown back on the field, Tannehill should be able to find more success through the air.

The 49ers (8-6), meanwhile, are hoping to extend their winning streak to three games and hold onto an NFC wild-card spot. Kyle Juszczyk, Deebo Samuel and Jeff Wilson Jr. each scored rushing touchdowns in a win over Atlanta on Sunday, but it could be difficult to find running lanes against Tennessee. The Titans rank second in the league in rushing yards allowed per game (86.9) behind only the Ravens (86.2).

Sporting News is tracking live scoring updates and highlights from 49ers vs. Titans on “Thursday Night Football.” Follow along below for complete results from the NFL Week 16 game.

10:05 p.m.: TOUCHDOWN TITANS. Foreman rushes up the middle and into the end zone for 3 yards. Bullock makes the extra point and the Titans tie it up 10-10 with 7:13 remaining in the third quarter.

10:00 p.m.: INTERCEPTION TITANS. Hooker picks off a pass from Garoppolo and gives the Titans a first down at the San Francisco 39.

9:56 p.m.: Tannehill completes a short right pass to Brown and picks up another 13 yards with a first down at the 22.

9:50 p.m.: Tannehill completes a deep pass for 24 yards to Westbrook-Ikhine, who goes down at the Tennessee 44.

9:26 p.m.: Garoppolo finds Hasty for 8 yards at the San Francisco 30. Garoppolo rushes for 3 yards up the middle to end the half.

9:22 p.m.: Tannehill completes to Brown for no gain and is forced to punt. Aiyuk makes a fair catch with 1:27 remaining in the half.

9:20 p.m.: Foreman rushes for 31 yards and is pushed out of bounds at the San Francisco 2. An offensive holding penalty against the 49ers pushes them back to the 33.

9:12 p.m.: Autry sacks Garoppolo for a loss of 7 yards on third down and forces the 49ers to punt. Titans will take over at their own 45.

9:08 p.m.: Tannehill tosses an incomplete pass on third down and forces the Titans to punt. Aiyuk returns and gives the 49ers a first down at their own 22.

9:05 p.m.: Tannehill throws a short pass to Brown for 11 yards, then Brown converts for 4 yards on third down. Titans get a first down at the 36.

8:56 p.m.: Garoppolo rushes for 4 yards and goes down at the Tennessee 17. A facemask penalty against San Francisco pushes the 49ers back to the 36.

8:48 p.m.: Garoppolo connects with Wilson for 11 yards and gets a first down at the San Francisco 48.

8:45 p.m.: Tannehill completes a pass to Jones for 7 yards, then Brown rushes for a loss of three yards to end the quarter.

8:42 p.m.: INTERCEPTION TITANS. Jenkins picks off a pass from Garoppolo in the red zone. Titans will take over at the 20

READ  Josh Heupel isn't what Tennessee expected, but who is at this point?

8:36 p.m.: Garoppolo completes to to Juszczyk, who breaks free for 26 yards. A facemask penalty against the Titans gives the 49ers a first down at the Tennessee 25.

8:32 p.m.: The Titans defense shuts down McNichols on third down and punt into the end zone. 49ers start their drive at their own 20.

8:30 p.m.: Tannehill completes to Westbrook-Ikhine for 14 yards and gets tackled at the 48.

8:29 p.m.: Tannehill fires a short pass to Hilliard, who is tackled by Bosa for a loss of 8 yards.

8:28 p.m.: TOUCHDOWN 49ERS. Wilson rushes into the end zone and puts San Francisco on the board. After Gould makes the extra point, 49ers lead 7-0 with 9:57 remaining in the first quarter.

8:26 p.m.: Aiyuk makes the catch on a pass from Garoppolo for 17 yards and leaps out of bounds at the Tennessee 27.

Streamers will be able to watch the game via fuboTV, which comes with a seven-day free trial.

Viewers in Canada can watch the game on DAZN.

How to watch Thursday Night Football

The NFL Network will have the exclusive broadcast for “Thursday Night Football,” as it is no longer simulcasting the game with Fox. The program was only available on NFL Network early in the season but has been a simulcast over the past two-plus months. Joe Buck will be on play-by-play duties, and Troy Aikman will provide color commentary.

Most United States cable providers carry the NFL Network. It is also available via satellite provider DirecTV (channels 212 and 1212) and IPTV providers Verizon FiOS (channels 88 and 588) and Google Fiber (channel 2019).